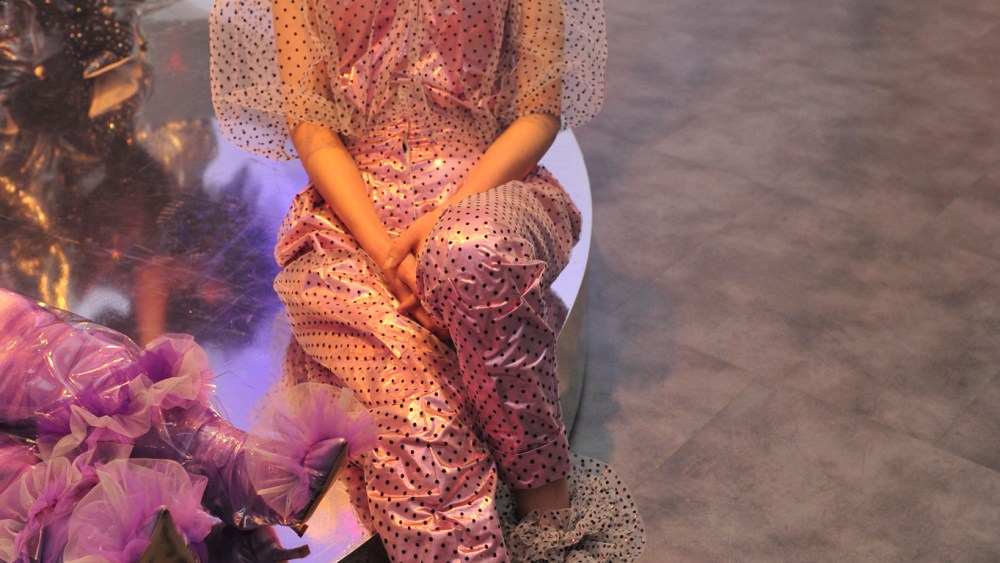 I’M EVERY WOMAN: What do you get when you put together Dorit “Dodo” Bar Or, an actress-turned-designer whose breezy summer clothes are a hit with fashion influencers like Chiara Ferragni; and Ada Kokosar, a stylist and fashion consultant who is branching out into shoes? A fabulous world that is a cross between “Dynasty” and Barbie’s closet.

Gowns with snaking embroidery designs and a polka-dot metallic pink jumpsuit were just some of the looks featured in their capsule collection, christened Dodo by Midnight, shown on a handful of models standing on a tiny metallic carousel during Milan Fashion Week.

It marked Kokosar’s first clothing collaboration under her Midnight label, which made its debut last season with a shoe line for Cesare Paciotti. She reprised the plastic-wrapped Cinderella slippers that are becoming a brand signature, augmenting them with extravagant tulle ruffles.

Kokosar plans to work with new designers each season. “Midnight for me is a factory, it’s a collective of creative, unconventional minds that merge together,” she said. “It’s a space, a label, where we can create things where we can drop our rules that we ingrain from society and the mask that we have to wear.”

Both women felt it was liberating to embrace a kitschy, excessive vision of femininity against a backdrop of charged sexual politics. Bar Or, who is better known for graphic cotton jacquard tunics and sun dresses, said the designs proclaim: “I’m a woman, I’m not ashamed of that. I don’t need to hide it.”