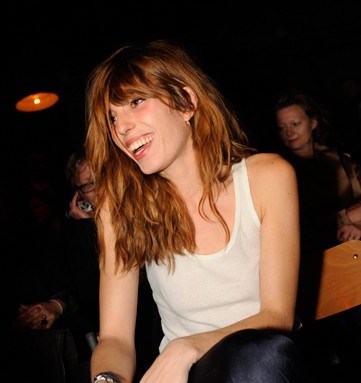 WHAT’S IN STORE: Model-cum-actress-cum-designer Lou Doillon is now turning shopkeeper. Doillon revealed she’s scouting a location in Paris to open a concept store as early as next year. “We’ll have a mix of fashion, literature, modern and old, with more of an English than French influence, and not conventional,” she said at John Galliano’s show Saturday night. As for British model and reality TV star Katie Price, AKA Jordan, she’s about to launch a “very colorful and different” fashion collection next year as a follow-up to her equestrian clothing line. “We’re doing world domination the pair of us,” she said referring to her husband, singer Peter Andre, who sported John Galliano’s men’s wear. “It always looks good on a chest” he boasted.