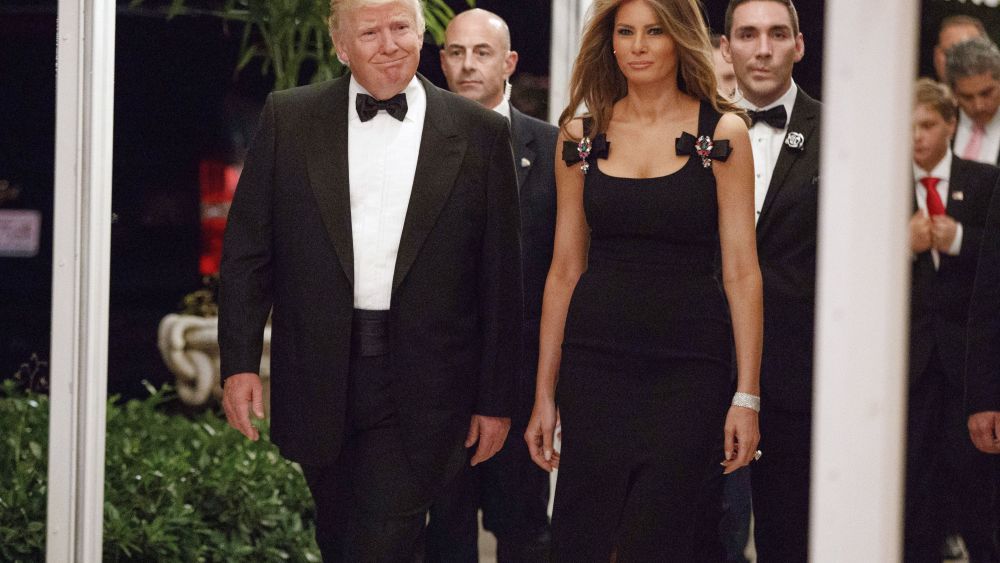 With Inauguration Day less than three weeks away, Melania Trump has made a point of keeping a low profile — but the first-lady-to-be’s choice of a Dolce & Gabbana dress for New Year’s Eve in Palm Beach at Mar-a-Lago has kicked off an online firestorm.

After Melania — a longtime client of the Italian brand — wore a black Dolce & Gabbana cocktail dress with bows on each shoulder, Stefano Gabbana thanked her via Instagram with “#madeinitaly” and called her a “DG Woman.” Gabbana’s post had generated more than 13,000 likes and 1,129 comments as of Tuesday afternoon. Among other things, the designer called her “a beautiful woman,” and chided her critics as “ignorant.”

In response to one Instagrammer’s comment — “No! Whether she’s beautiful or not, would you be proud to dress Eva Braun? So wrong,” — an apparent reference to Adolf Hitler’s companion and wife for 40 hours. Gabbana responded with “Who is Eva Brown? Sorry….” perhaps mistakenly translating “Braun” from German to mean “Brown.”

A spokeswomen for Dolce & Gabbana declined to comment Tuesday and a spokeswoman for Melania did not respond immediately to a request for comment.

Thus far, such enthusiastic endorsements of Melania’s sartorial selections have been scarce among designers. That could all drastically change once the First Family is officially installed (regardless of when they are ensconced together at 1600 Pennsylvania Avenue). With former New York Fashion Week and Costume Institute Gala frontwoman Stephanie Winston Wolkoff playing an instrumental role in orchestrating the inaugural festivities, the January 20 celebration is expected to be very different than in years past.

At the first presidential debate this fall, Trump showed her former model status, wearing a black ruched off-the-shoulder Dolce & Gabbana dress from the fall runway. As was the case with most of her election season wardrobe choices, Trump bought the dress herself at the company’s New York boutique. Known not to be a nationalist when it comes to fashion, the future first lady favors an assortment of both American and European labels. Some of her other designer choices were bought online, including the $3,669 virgin wool coat with embossed buttons that Olivier Rousteing designed for Balmain that she bought via Net-a-porter for Election Day.

In November, Sophie Theallet asked other American designers to follow her lead and not dress or associate with Melania Trump. While the proposed boycott may not have transpired into the call to action that Theallet imagined, some big-name designers such as Tom Ford and Marc Jacobs have said they will not dress the First Lady. Others, like Tommy Hilfiger, Diane von Furstenberg, Thom Browne and Carolina Herrera, have been more receptive to the prospect.