The Milan team, which is outfitted by the brand, wins World Series of Boxing. 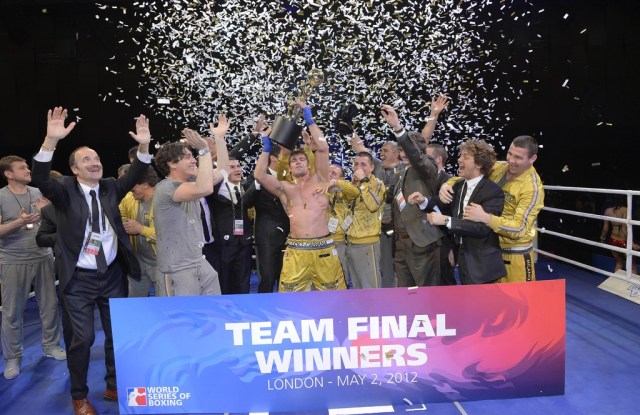 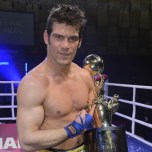 The final match was held on Wednesday night at London’s ExCel Arena and the Italian athletes beat Russia’s Dynamo Moscow 4-1.

Dolce & Gabbana has been the name sponsor of the Italian team since 2010.

Domenico Dolce and Stefano Gabbana, who share a passion for sports, provide the Milano Thunder team with everything from their boxing trunks and gloves, robes and warm-up sweats to formal tailored suits, which the sportsmen wore when they attended the designers’ signature men’s show last year.

There are also more casual items such as jeans and down jackets, and accessories including travel cases, belts and tie clips.

“Boxing is a sport which requires discipline, willpower and courage: values we firmly believe in and that we try to pour into everything we do,” the designers said in a statement. “With this project we want to emphasize once more the importance sports have for us, both as a source of inspiration for our creativity and as very effective vehicle for healthy, real, down-to-hearth values.”