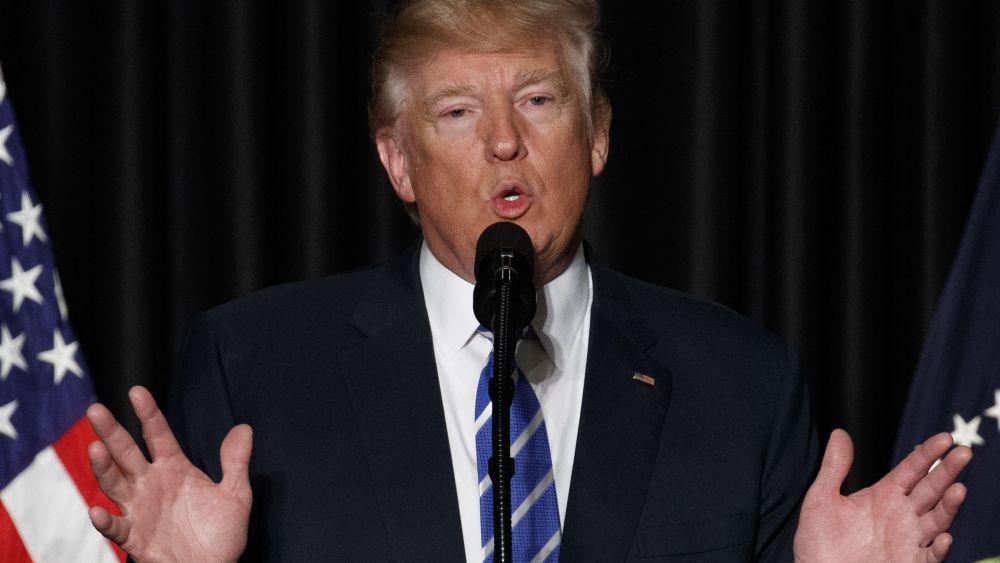 TWEET, TWEET, TWEET: President Trump took to Twitter earlier today to criticize Nordstrom for treating his daughter Ivanka “so unfairly,” but Nordstrom has fired back claiming the decision to drop the Ivanka Trump brand was due to sales that “steadily declined” in the second half of last year.

A Nordstrom spokeswoman said this afternoon, “To reiterate what we’ve already shared when asked, we made this decision based on performance. Over the past year, and particularly in the last half of 2016, sales of the brand have steadily declined to the point where it didn’t make good business sense for us to continue with the line for now.

“We’ve had a great relationship with the Ivanka Trump team,” she continued. “We’ve had open conversations with them over the past year to share what we’ve seen and Ivanka was personally informed of our decision in early January.”

Last week, Nordstrom announced it would no longer be selling clothing or accessories from Ivanka Trump’s eponymous line. “This was a decision made entirely based on brand performance,” a Nordstrom spokeswoman said at the time. “We’ve said all along we make buying decisions based on performance. We’ve got thousands of brands — more than 2,000 offered on the site alone. Reviewing their merit and making edits is part of the regular rhythm of our business.”

Each year, the retailer cuts about 10 percent and refreshes its assortment with about the same amount, she noted. “In this case, based on the brand’s performance, we’ve decided not to buy it for this season.”

After the fact, it emerged that Nordstrom’s copresidents had sent a pro-immigration e-mail to its 76,000 employees a few days before the Ivanka Trump brand was dropped. In response to some speculation that that initiative was linked to Nordstrom’s decision to step away from the Ivanka Trump brand, a Nordstrom spokeswoman denied that claim via e-mail Tuesday. “Last week, our copresidents sent an e-mail to all Nordstrom employees to offer support and resources for those directly impacted by the executive order on immigration. Some news outlets have claimed that e-mail was linked to the business decision to move away from Ivanka Trump brand. That’s not accurate. For us, the two were not connected,” she said.

While the initial news of Ivanka’s fashion line being dropped by Nordstrom hit the Internet like wildfire, her company shot back after rumors spread that Neiman Marcus might be winnowing their business with the First Daughter’s jewelry line, which is currently a consignment-only business.

On Friday, Rosemary K. Young, senior director of marketing at Ivanka Trump, contended that the First Daughter’s namesake label continues to grow and expand, contrary to the press rumblings. “The Ivanka Trump brand continues to expand across categories and distribution with increased customer support, leading us to experience significant year-over-year revenue growth in 2016,” Young said in a statement. “We believe that the strength of a brand is measured not only by the profits it generates, but the integrity it maintains. The women behind the brand represent a diverse group of professionals and we are proud to say that the Ivanka Trump brand continues to embody the principles upon which it was founded. It is a company built to inspire women with solution-oriented offerings, created to celebrate and service the many aspects of their lives.”

The President, however, summed up his feelings in a mere 140 characters. In a single tweet, he said his daughter “has been treated so unfairly by Nordstrom.” He continued, “She is a great person — always pushing me to do the right thing!” And then, the now quintessential Trump kicker: “Terrible!”

White House Press Secretary Sean Spicer defended Trump’s tweet and essentially accused Nordstrom of “targeting” Ivanka Trump, claiming the company made the move because they do not agree with the president’s policies.

“There’s clearly a targeting of her brand and her name is still out there,” Spicer said without naming Nordstrom directly. “While she’s not directly running the company, it’s still her name on it and there’s clearly efforts to undermine that name based on her father’s positions on particular policies he’s taken. This is a direct attack on his policies and her name and so there’s clearly an attempt for him to stand up for her because she’s being maligned because they have a problem with his policies.”

“I think this was less about his family business and an attack on his daughter,” Spicer asserted. “He ran for president. He won. He’s leading this country and I think for people to take out their concern about his actions or his executive orders on members of his family, he has every right to stand up for his family and applaud their business activities, their success.…For someone to take out their concern with his policies on a family member of his is not acceptable and the president has every right as a father to stand up for them.”

My daughter Ivanka has been treated so unfairly by @Nordstrom. She is a great person — always pushing me to do the right thing! Terrible!