They say people come closer together during tough times and designers are no exception. 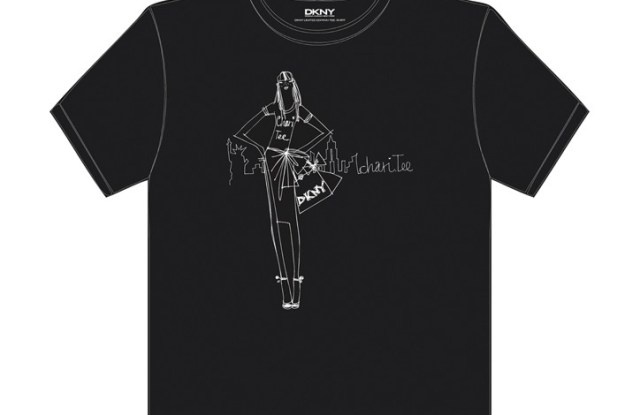 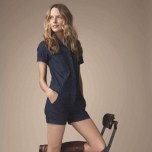 SWEET CHARI-TEE: Donna Karan has a strong social conscience and, for fall, the designer and her DKNY team have cooked up a special scheme. DKNY’s 20th anniversary celebrations continue this season, and at Sunday’s runway show, every guest will receive a T-shirt featuring an illustration of a “DKNY Girl.” The T-shirt’s back will feature information on five different charities: The Fund for Public Schools, City Harvest, The Doe Fund, Cityarts and Donna Karan’s Urban Zen Foundation. Guests can e-mail chari.tee@dkintl.com to pick their favorite one, and DKNY will make a donation on their behalf. Those who didn’t make it to the show can buy the $65 T-shirt at DKNY stores, select stores that sell DKNY and dkny.com next fall. The hangtag will list the same charities, and buyers can log on to the brand’s Web site to make their pick.

This story first appeared in the February 13, 2009 issue of WWD. Subscribe Today.

SO HAPPY TOGETHER: They say people come closer together during tough times and designers are no exception: There seem to be more fashion and accessories collaborations this season than ever before. Bylu did jewelry for Geren Ford, while Dannijo will bejewel Trovata’s looks and Lee Angel designer Roxanne Assoulin has teamed up with friend Brian Reyes for his runway show. French engineer-turned-jeweler Hervé Van der Straeten has lent his golden geometric necklaces, bracelets and earrings to Ruffian and Garrard will outfit Marchesa’s runway with precious jewels (designer Georgina Chapman will likely return the favor as she is designing a capsule jewelry collection for the house to debut in September). Bulgari is thinking pink with its pink sapphire and diamond suite for the Barbie show on Saturday — the necklace alone has 103.12 carats of sapphires. CFDA/Vogue Fashion Fund chums Richard Chai and Irene Neuwirth are at it again this season, with Neuwirth’s intricate gemstone brooch and waterfall earrings. Tiffany Tuttle of LD Tuttle has created footwear for the shows of Victoria Bartlett of VPL and Matthew Ames, respectively, while Robert Clergerie is providing all the footwear to the Threeasfour show.

DENIM LINK: Madewell wants to further its audience. The J. Crew-owned brand is collaborating with Shopbop on a limited edition premium denim collection under the Madewell for Shopbop label. “The same girls shopping us are shopping Shopbop,” said Kin Ying Lee, design director for Madewell. “We see it as the go-to denim destination.” The collection starts selling Feb. 20 on Shopbop.com, in select Madewell stores and on madewell1937.com. “We worked with Shopbop to create a denim-specific collection inspired by our workwear heritage,” explained Gigi Guerra, director of brand marketing for Madewell. There’s a vintage feel to the Madewell for Shopbop collection, which consists of ex-boyfriend and vintage flare jeans, both priced $200; a station skirt, $130; switchyard shorts, $130; a dispatch vest, $125; a workwear jacket, $138, and a boiler suit, $125. “Shopbop.com picks different brands that we want to align with — brands that embody our same spirit and sensibility — yet introduce us to new and fresh demographics,” said Erin Crandall, head buyer for Shopbop.com. The collection is the site’s first full-fledged design collaboration and Madewell’s first project with another distribution channel.