Karl Lagerfeld was seeing double — and then some — last Thursday night at a party in Paris to celebrate his second collaboration with Coca-Cola Light. 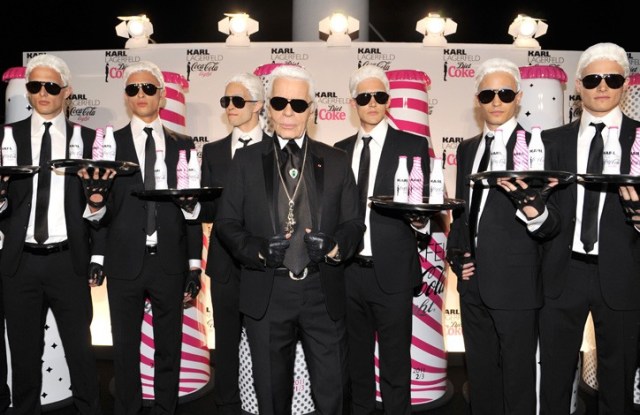 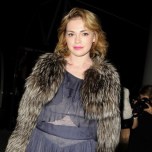 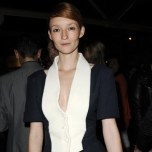 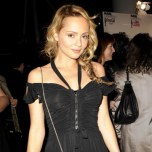 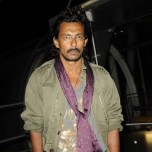 DOUBLE VISION: Karl Lagerfeld was seeing double — and then some — last Thursday night at a party in Paris to celebrate his second collaboration with Coca-Cola Light. On the rooftop restaurant of the Centre Pompidou, Lagerfeld look-alikes galore, with wigs and dark glasses, held trays proffering his limited edition bottles in a graphic white and pink design. It wasn’t just the soft drinks outfitted by Lagerfeld: A gaggle of actresses were all working his signature label. Beatrice Rosen, the face of leather goods brand Lancel, said she was heading to the stage in September for a production of “The Seven Year Itch” opposite politician and actor Bernard Tapie. “It’s going to be adapted to fit the French,” said Rosen. Lou Doillon is also getting ready to tread the boards, in the Samuel Beckett play “The Image,” at Ménagerie de Verre in Paris. “After that I am really looking forward to doing a movie with my dad [director Jacques Doillon], which we will start this summer,” she said. Mélanie Bernier was taking a break from filming David Foenkinos’ “La Délicatesse” with Audrey Tautou. “The book was a bestseller and it is great that it is being directed by the writer,” she enthused.

Actress Lou Lesage said she was forging a singing career. “It’s rock, perhaps similar to Blondie,” she mused. Nicole Trunfio just posed for multitasking Lagerfeld, who shot new ads for hat and accessories brand Maison Michel. Meanwhile, the model-turned-jewelry-designer is putting the finishing touches on her second collection. “It is really conceptual and inspired by Fellini,” she said. Up-and-coming British singer Anna Calvi is in the throes of touring. “I am off to Milan, then the United Kingdom,” said Calvi, who has also just wrapped her second album. A very tanned Haider Ackermann had been enjoying sunny Mexico. “I almost feel guilty,” he said with a wry smile. Model-actress Audrey Marnay is jetting off to Argentina at the end of April. “It will be a very quick trip: four days for a film festival,” she said before making a beeline to the bar where Champagne flowed and cola cocktails were on tap.

CULT STATUS: An unlikely but oh-so-perfect pairing of iconic brands: Repetto, the dance shoe brand that literally invented the ballet flat, and king of decoupage John Derian have joined forces for a special edition. The pink BB style, named after Brigitte Bardot, who first began wearing the slipper on the street, is reimagined in a print that features festive florals overlaid with Derian’s signature antique script. The shoe, which retails for $295, will be available mid-April at Bergdorf Goodman, Alan Bilzerian in Boston and Opening Ceremony, as well as at John Derian boutiques. “After pairing with two cult brands like Rodarte and Opening Ceremony, John was the obvious choice,” said North American director for Repetto Michael Flanagan.

MAYWALD DAY: It’s never too early for a show of couture. An exhibit showcasing the photography of Willy Maywald opens Thursday at the Musée de l’Impression sur Etoffes, in Mulhouse, France, and runs through Oct. 16. The show, “Art, Culture and Elegance: Haute Couture Through the Lens of Willy Maywald,” will bring together some 200 photographs covering the late Thirties to the Sixties. Maywald was house photographer for Christian Dior and documented the work of all the major couture houses, from Chanel and Jacques Fath to Givenchy. As part of the exhibition, the Christian Dior Museum of Granville and La Maison Dior have lent five couture Dior creations.

RESTORATION PERIOD: A 16th-century gilded silver altarpiece that was restored by nonprofit organization Venetian Heritage, in collaboration with Louis Vuitton, was returned to its original place — on the high altar of the Church of San Salvador in Venice — on Saturday evening during an event that also feted a new book that documents the history and restoration process of the artifact.

Louis Vuitton is also funding the repair of the crumbling Venice pavilion, which is set to be finished in time for the opening of the Biennale contemporary art expo in June.