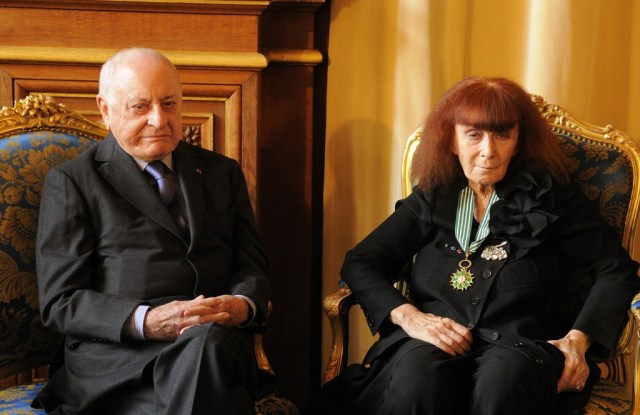 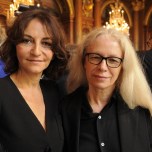 DOUBLEHEADER: Sonia Rykiel on Tuesday was awarded the Grande Médaille de Vermeil de la Ville de Paris and the Insignes de Commandeur des Arts et des Lettres. (The vermilion medal is an honorary distinction, given to cultural figures who have an impact on the city, and the commander of arts and letters is among France’s highest civilian honors.)

This story first appeared in the October 3, 2012 issue of WWD. Subscribe Today.

“You are among the rare [people] to understand that fashion was not made to satisfy the fantasy of designers, but to speak to women. And not to speak to idle women, only rich women, but active women, everyday women,” said Bergé.

“For 40 years, I lived [an absolute carefree existence] — artificial, extravagant, sophisticated, demanding. The lead of a film that wove around me, I played all the roles,” Rykiel said after receiving her medal. “I traveled the world; I loved life, pleasure; I adored to write, create.

“I imagined a woman, neither me, nor my daughter, nor my granddaughters, nor my sisters, nor my friends. A special woman — brazen but free. She was everything that I loved,” continued Rykiel. “I invented a sweater so small, so close to the body, that Women’s Wear Daily nicknamed it ‘The Poor Boy Sweater’ and consecrated me queen of knitwear.”