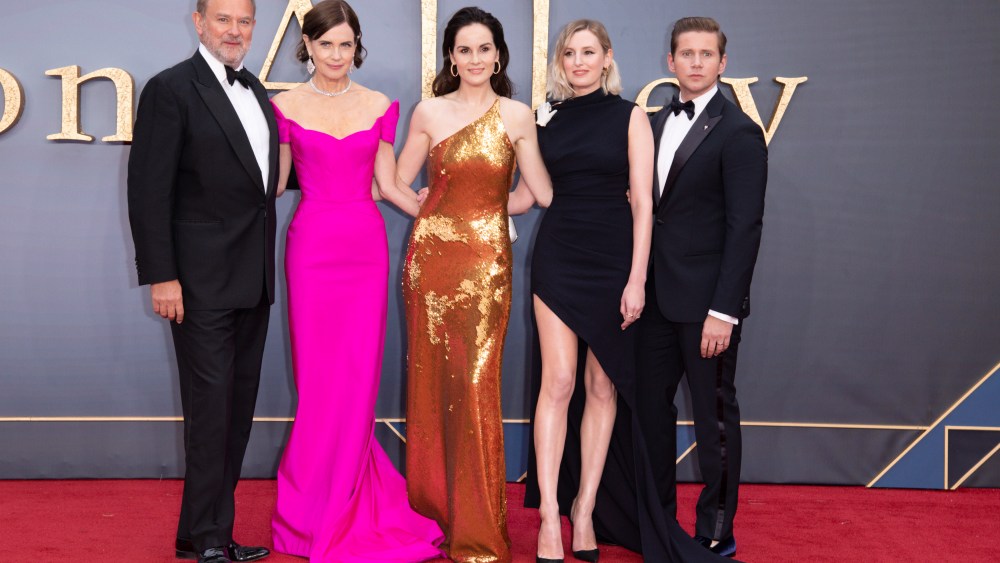 After nearly four years since the TV series ended, “Downton Abbey” is back with its first feature film.

The film’s London premiere on Monday brought together some fan-favorite cast members, including Michelle Dockery dressed in a gold Galvan dress, Elizabeth McGovern in a hot pink Zac Posen dress and Laura Carmichael in a black Monse look.

The “Downton Abbey” film is said to continue the events of the TV series, following the lives of the aristocratic Crawley family and its servant staff in the early 20th century. The film begins with a visit from King George V and Queen Mary to the Downton Abbey estate.

While the picture brings back many of the TV show’s favorites, actresses Lily James and Rosamund Pike will not appear in the upcoming film. The film is set to release in the U.S. on Sept. 20.

Click through the above gallery to see red carpet photos from the “Downton Abbey” London film premiere.