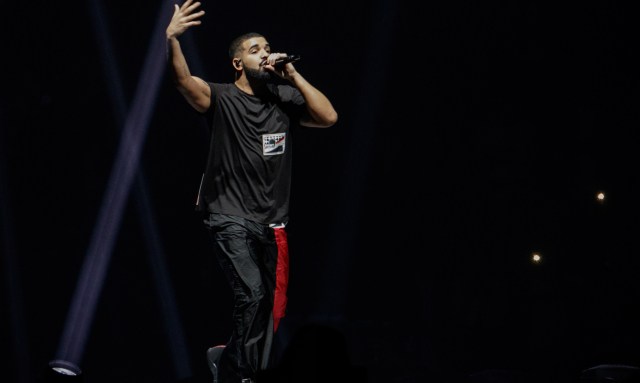 “Certified Lover Boy” Drake may not be dropping his anticipated sixth album until January, but the Canadian rapper and Nike today launched a merchandise collaboration for the album.

Drake and Nike worked closely on the collection that includes puffer bomber jackets in black and pink with a quilted heart pattern and inside chest pocket with a poem, graphic T-shirts, hoodies socks and a cap bearing Nike branding and the album title “Certified Lover Boy” and its shortened version “CLB” and artworks like hearts, kiss marks, and a masked Cupid in a balaclava.

Prices range from $18 to $75, but the Twin T-shirt and puffer bomber jackets are listed as for friends and family.

Drake had a longstanding partnership with Jordan that saw a number of collaboration sneakers, including limited-edition and unreleased pairs of Air Jordan I, III, IV, VI, VIII, X and XII among others, but this collection marks the beginning of his partnership with Nike.

The collection is available now on the interactive Drakerelated.com that also links to October’s Very Own shop and the landing page to Better World Fragrance House, Drake’s line of scented candles.