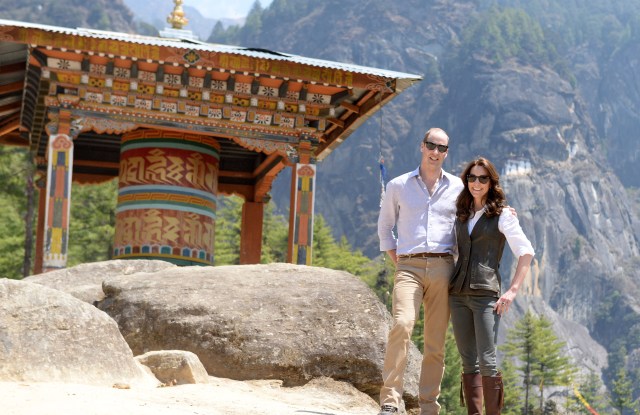 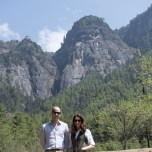 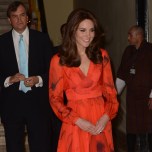 HIMALAYAN HIKE: The Duke and Duchess of Cambridge continued their two-day tour of Bhutan and traveled to Paro Taktsang for a morning hike on Friday.

The couple trekked to Tiger’s Nest, a Himalayan Buddhist holy site, situated on the cliff side of Paro valley.

The duchess wore a white Jaeger linen shirt with jeans. She accessorized her look with a leather waistcoat by Really Wild and brown Penelope Chilvers boots. The young royal, who is known for recycling her looks, has worn the British designer’s tasseled footwear on several occasions including the CLA Game Fair at Blenheim Palace in 2014. The brand was commissioned to create bespoke shoes for her in the past.