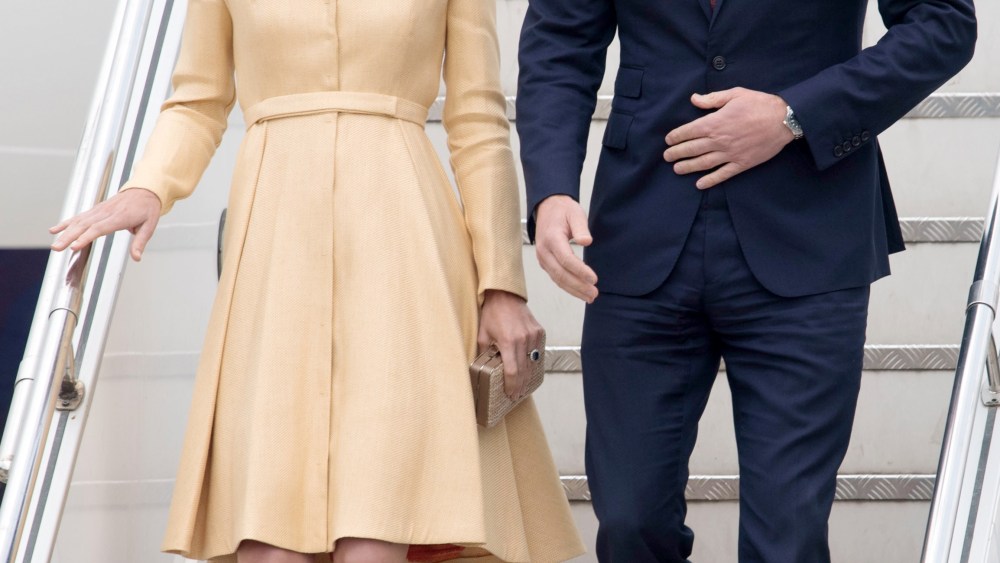 BHUTAN BOUND: After visiting Assam in India, the Duke and Duchess of Cambridge continued their royal tour by heading Bhutan. Princess Chhimi Yang Zom, the King of Bhutan’s sister, welcomed the couple, who arrived on Thursday.

The couple headed to Thimphu Dzong, a Buddhist monastery, and took part in a Chipdrel, a welcoming procession, then met with King Jigme Khesar Namgyel Wangchuck and Queen Jetsun Pema.

The young royals received a blessing at the religious grounds and lit butter lamps. They visited to a venue for archery, Bhutan’s national sport, met with schoolchildren and viewed traditional games played in the country.

The duo met with the king and queen at Lingkana Palace for a private dinner. The duchess donned a Tory Burch dress.