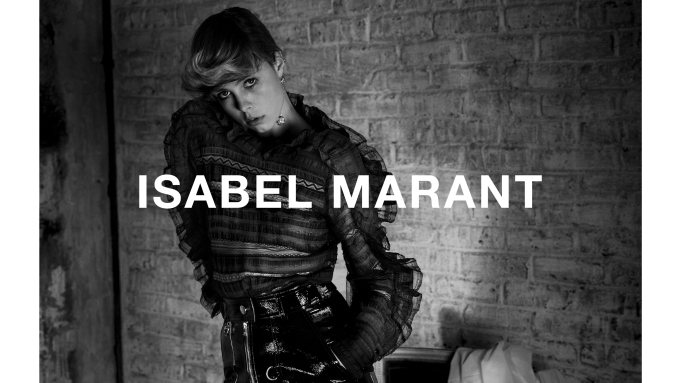 Isabel Marant for the first time cast Edie Campbell in her fall 2016 campaign as the embodiment of an Eighties New Wave night out. Shot by Inez van Lamsweerde and Vinoodh Matadin, the images depict Campbell with a Flock of Seagulls-esque flop hairdo by James Pecis moodily posing among disco balls. Marant’s fall collection, a feel-good ode to the mid-Eighties, was meant as an antidote to the heavy atmosphere in Paris after last year’s terrorist attacks. The campaign was shot in Paris with art direction by Franck Durand, styling by Geraldine Saglio, makeup by Lisa Butler, prop styling by Carole Gregoris and movement direction by Stephen Galloway.