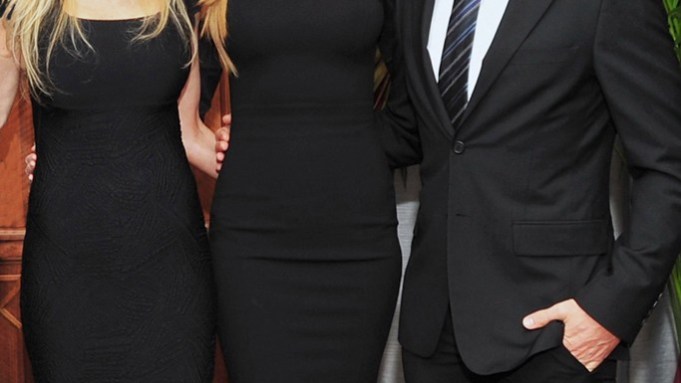 ELECTION TIME: Election bickering stopped short at the Kuwait Embassy last week, where Rima Al-Sabah, wife of the ambassador of Kuwait, and her husband, Sheikh Salem Al-Sabah, proved that the Washington party scene isn’t dead. There was CIA director David Petraeus praising the oft-disparaged Washington dinner party. “As Abigail Adams once said, you can get more business done at a dinner party in Washington than you can in 20 meetings,’’ said the former four-star Army general. Boosting the worldwide financial power of women won support from large oil companies such as Chevron, Exxon and Shell, underwriters of Rima Al-Sabah’s eighth annual Kuwait-American Foundation Gala, this time raising money to bring Women’s World Banking to Egypt, Tunisia and Lebanon.

Nicole Kidman and Al-Sabah looked like sisters, with Kidman in Versace and Al-Sabah in Roland Mouret, matching black dresses with matching hem to shoulder blade, double-stitched, white seams up the back emphasizing shape, shape, shape.

Kidman had less luck making the Washington dinner party work for her when it came to navigating the new pecking order on the United Nations office for women’s issues.

“When are we going out on the road again?’’ she asked, remembering back to her August 2010 trip to Haiti in her role as goodwill ambassador of the United Nations Development Fund for Women. Kidman then got the word that her next trip will be with former Chilean president Michelle Bachelet, head of the United Nations Women, a newly created entity to oversee all of the world body’s programs aimed at promoting women’s rights. “We have to go together?’’ Kidman asked, only to learn that Bachelet was currently traveling in Libya. “Great, I’d like to go to Libya,’’ she offered. Bachelet’s assistant did not sound promising. “It’s security. It’s security,’’ the aide replied.

Also dishing out tough love was Sophie Delattre, wife of French Ambassador Francois Delattre. Anyone hoping to get invited to the French ambassador’s residence better act quickly. “We’re closing the embassy soon for renovations. But don’t worry, we will still have lots of events at the Maison Francaise,’’ she promised, referring to the modern chancery across the street from Georgetown University that hosts regular musical, movie and social events for D.C.’s enthusiastic Francophile community.