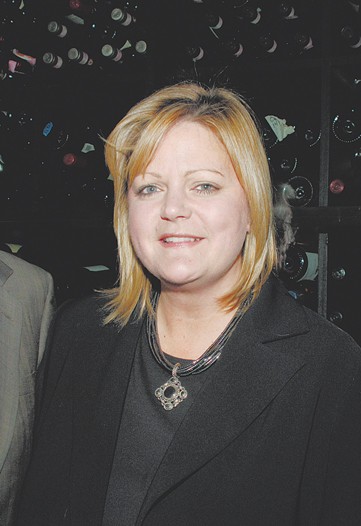 BACK IN ACTION? The Children’s Place is close to naming a new chief executive officer and, according to sources, has Jane Elfers, former president and chief executive officer of Lord & Taylor, high on its list of candidates. “She’s smart. She’s a strong merchant with merchandise vision who can reposition a company,” said a source familiar with the search. Elfers would replace interim ceo Chuck Crovitz. The last permanent ceo was Ezra Dabah, founder of The Children’s Place who left in 2007 and this year lost a proxy battle over a new slate of board members and stepped down from the board. Recently, Norman Matthews, a consultant and former president of Federated Department Stores, became TCP’s chairman.

UNREAL ESTATE: Its extraordinary contents were emptied out and sold off earlier this year — and now Yves Saint Laurent and Pierre Bergé’s Paris duplex on Rue de Babylone has been put up for sale. Spanning around 5,400 square feet, with a slightly smaller garden, the apartment is said to be listed with the prestigious Paris-based agency Emilie Garcin and is expected to fetch more than 20 million euros, or about $30 million at current exchange.

LOTS IN THE AFTERNOON: The black Givenchy haute couture chantilly lace cocktail dress worn by Audrey Hepburn in “How to Steal a Million” sold for 60,000 pounds, or $97,676, during a sale of her wardrobe in London on Tuesday, held by Kerry Taylor Auctions in association with Sotheby’s. Vintage dealers and Hepburn enthusiasts gathered at La Galleria on Pall Mall to bid for a 36-piece collection, which sold in total for 268,320 pounds, or $436,883. Top lots included a Givenchy haute couture black silk dress worn to promote “Paris When It Sizzles,” which sold for 16,800 pounds, or $27,346; a satin ivory bridal gown designed by the Fontana Sisters in 1952 for the actress’ marriage to James Hanson — which never took place — sold for 13,800 pounds, or $22,443, and a Mark Cross red and white stripped cotton Breton top sold for 7,200 pounds or $11,721. Rachel Spencer of HeirLoomCouture.com, who purchased a white Givenchy haute couture ball gown worn by Hepburn in 1956 in the opera scene of “Love in the Afternoon,” said, “I plan to use the dress for inspiration or I may sell it.” Half the net sale proceeds will be donated to The Audrey Hepburn Children’s Fund and UNICEF for their join venture called “All Children in School.”

CELEBRITY ATTIRE: Those aspiring to own some celebrity items may want to line up their credit cards this week. Acting coach Susan Batson, who has worked with the likes of Nicole Kidman, Jamie Foxx and Jennifer Connelly, is auctioning items beginning tonight through Dec. 12 at her Black Nexxus Inc. theater lab in Manhattan. Among the pieces for sale is a peacoat created for Janet Jackson’s “Velvet Rope” tour, a Tina Fey-signed original script of the first episode of “30 Rock,” Juliette Binoche’s watercolor portrait of her character Susan in “The Flight of the Red Balloon” and a copy of “The Hours” book Kidman read to prepare for her Oscar-winning role and signed for the auction. The pièce de résistance could be a pair of towering red patent leather platform heels Madonna wore during her “Drowned World” tour in 2001 and signed “Love Madonna” on one shoe, and “If the shoe fits wear it” on the other. The bidding for these will start at $15,000. Liv Tyler and Alicia Keys also donated personal pieces to the sale, proceeds of which will go towards a scholarship fund to allow students to study at Black Nexxus.

LITTLE IMP: There’s been a little trouble at Brooks Brothers. Henry, a precocious young boy, loved shopping there so much that he hid in the racks until the store closed so he could spend the night. He proceeded to dress mannequins in some of the store’s finery and even paraded around in the famed Lincoln coat. Henry is a character in a new children’s book written by Mike Reiss, illustrated by Dara Goldman and based on a character created by the company’s public relations director, Arthur Wayne. Tonight, Marlo Thomas will host a reading from the book — “Tales from Brooks Brothers: Henry’s Unsuitable Adventure” — as part of the store’s fourth annual holiday celebration at the Madison Avenue flagship to benefit the St. Jude Children’s Research Hospital. Brooks is donating $5 from each sale of the book, and a portion of the night’s sales, to the hospital. In addition to Thomas, the evening will include performances by the cast of “Memphis,” the Boys and Girls Choir of Harlem and Wynton Marsalis.

DOWNHILL FROM HERE: It’s two months before the Vancouver Winter Olympics, and eyes are already turning to world champion skier Bode Miller, who was in New York Tuesday to support the launch of the Bode Bang, a watch he designed with LVMH Moët Hennessy Louis Vuitton-owned brand Hublot. The event, billed as a celebrity tennis match among Miller, tennis pro Justin Gimelstob, Olympic fencer Jim Morehouse and “Gossip Girl” regular Sebastian Stan (who curiously hit the court in skinny black jeans and chunky boots), proved Miller’s athletic prowess extends beyond the slalom course — he held his own against Gimelstob.

But the question of the hour remained: Will Miller compete in Vancouver despite having taken most of the year off? “Nothing is for sure,” he said. “There are lots of variables. But I feel good when I’m skiing. It just depends on my fitness level.”

The skier, who had a much-hyped and disappointing run at the 2006 Games in Torino, said Vancouver, if he competes, would be a different experience. “Last time, there was all this pressure. Everyone had a different idea of what I should be doing and how I should be behaving. This time, the expectations would be different.”