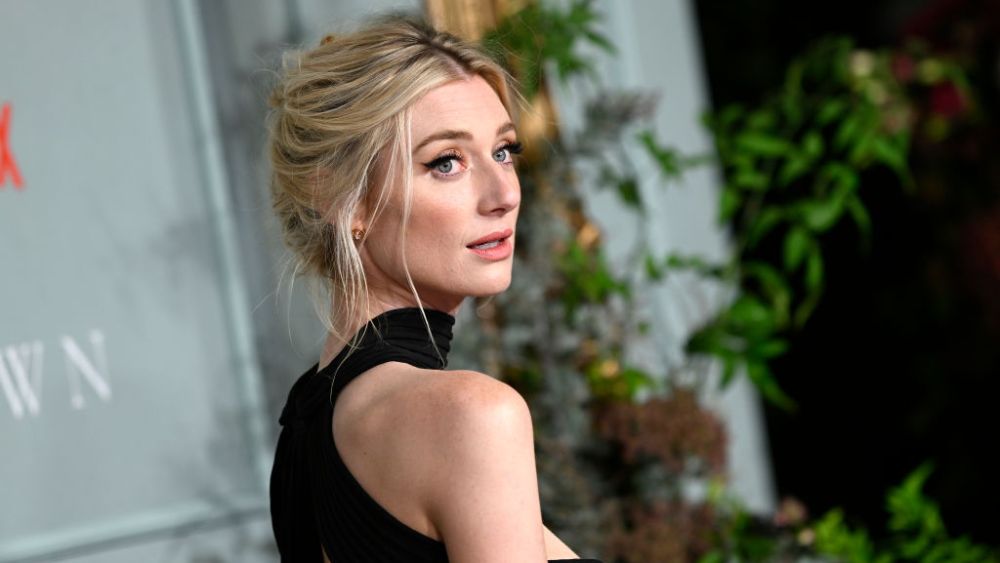 Elizabeth Debicki wore a black Christian Dior Haute couture dress at the season five premiere of “The Crown” on Tuesday in London, England.

The actress opted for a back cutout evening dress from the brand’s spring 2022 couture collection.

The gown featured a strapless silhouette that fell straight down toward its court train. Above the décolletage, a long feminine cape brushed Debicki’s collarbones and wrapped around from front to back. The black silk crepe ribbed panels spiraled through the bustier and throughout the cape as well.

Debicki posed with one arm hugging the waist as Bois de Rose bracelets and rings adorned her hands, with gold bracelets stacked up along her wrist.

The Australian actress was named the face of the Dior Joaillerie rose-themed jewelry collection last year.

She kept her hair tousled in a low-hold bun, and sported a pink-blush lip.

She was joined on the red carpet by co-stars Imelda Staunton, Lesley Manville, Jonathan Pryce, Claudia Harrison and more.

Debicki plays Diana, Princess of Wales, in both seasons five and six of “The Crown.” The Dior evening gown channels the black ensemble she will also wear in her portrayal of the late princess, including the infamous “revenge dress” designed by Christina Stamboulian.