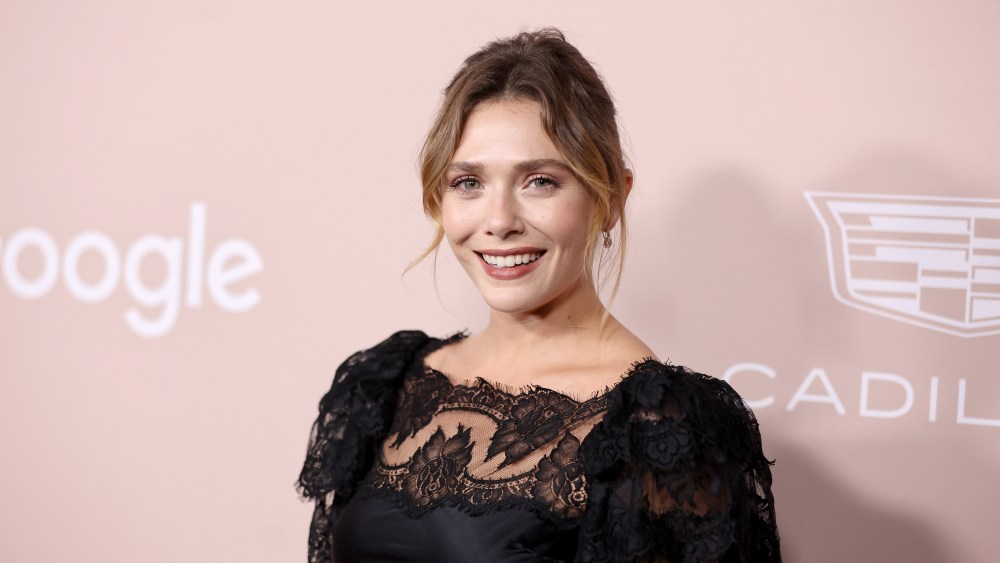 Olsen attended Variety’s Power of Women event in Los Angeles Wednesday night wearing a look from Rodarte’s fall 2022 ready-to-wear collection. Olsen’s look was a black satin dress with lace detailing. She was one of the night’s honorees.

The actress posed on the red carpet alongside Kathryn Hahn, who had her own standout fashion moment wearing a brown knee-length Emilia Wickstead dress with a matching cape from the designer’s fall 2022 rtw collection. Olsen and Hahn starred together in Marvel Studios’ hit limited series, “WandaVision,” which debuted on Disney+ last year.

During Olsen’s acceptance speech, the actress highlighted Gail Abarbanel, the founder and director of the Rape Foundation and Stuart House.

“When I learned about tonight, I asked Gail if there is anything that she would like to do next with the foundation, because in my mind she’s already thought of everything. She said, ‘Yes, to stop sexual abuse on the internet,’” Olsen said. “To me that sounded very, very big and maybe impossible. But if you were to ask her what she wanted to create in 1974, I think that would have also sounded just as big and impossible.”