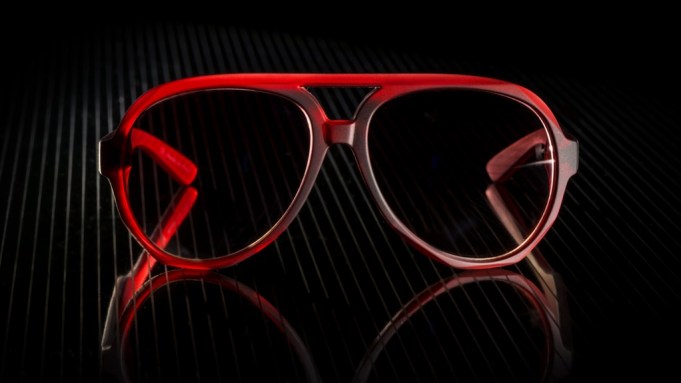 CREATIVE DRIVE: Lapo Elkann, who collaborated with Karl Lagerfeld on eyewear for his Italia Independent brand, now has ambitions for a bigger project with the acclaimed German designer — a car. “I would love to work on a 500 with him,” the Fiat heir said at a party Friday night at Motor Village, a high-tech auto showroom on the Champs-Elysées in Paris. “He’s so focused on details.”

As he received guests including Clotilde Courau, Emanuele Filiberto and Lagerfeld chief executive Pier Paolo Righi, Elkann related how he met Lagerfeld in Saint-Tropez, where the designer often shopped for his Italia Independent sunglasses. “He represents discipline and creativity. That’s a powerful combination,” Elkann enthused.

The capsule collection with Italia — comprising three sunglasses and three optical frames – were propped on black boards that levitated mysteriously over plinths, thanks to powerful magnets. Styles include glamorous white round shades with a velvety finish and sculpted temples. They were simultaneously on display at the Silmo eyewear fair across town, and go on sale starting later this month.