At Wednesday’s inauguration of President Joe Biden and Vice President Kamala Harris there was a great deal of emphasis placed on the future and what it might look like, and the spirit of that message was punctuated by the sea of young faces in the small crowd. Biden heirs mingled with Vice President Harris’ great-nieces on the Capitol dais, while America’s youth found a new voice in the country’s youngest inaugural poet, 22-year-old Amanda Gorman. This inaugural introduction not only increased their exposure, but their social media cache as well.

Gorman evoked a sense of purpose and hope when delivering her poem “The Hill We Climb,” which she finished in the wake of the Capitol riots two weeks prior. Viewers took note, and her Instagram is currently hovering around 2.6 million followers — a more than 2 million follower jump from pre-inauguration. 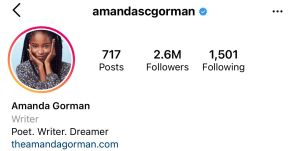 She has also gained around a million followers on Twitter, where in response to a shoutout from Oprah Winfrey on Wednesday she wrote, “Thank you! I would be nowhere without the women whose footsteps I dance in. While reciting my poem, I wore a ring with a caged bird — a gift from @Oprah for the occasion, to symbolize Maya Angelou, a previous inaugural poet. Here’s to the women who have climbed my hills before.”

Her books “Change Sings: A Children’s Anthem” and “The Hill We Climb: Poems” are both Amazon bestsellers as of Wednesday night, and will be released on Sept. 21, 2021. 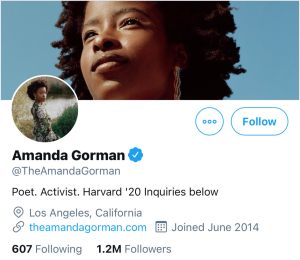 Meanwhile, Parsons student and Harris’ stepdaughter Ella Emhoff, who turned heads in the Miu Miu coat and Batsheva dress she wore to the swearing-in of her “Momala,” also saw a jump in her social following. Her bright and lively Instagram feed, which serves as a showcase for her own designs, finds itself with about 150,000 new followers. Despite a presumably exhausting past 24 hours, she took to Instagram Stories today to lend her support to The Blackyard Farm Co-op, a POC-led collective space for aspiring farmers. 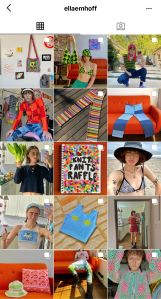 Emhoff recently ate a McDonald’s Filet-O-Fish for the first time on step-cousin Meena Harris’ TikTok, which was seen by 2.5 million people and received a rousing response in the comments. Harris, a social media phenom in her own right, has also seen the value in interacting with her 658,000 followers regularly. She has written a best-selling children’s book, “Kamala and Maya’s Big Idea,” and her second, “Ambitious Girl,” came out Jan. 19 as an instant number-one bestseller. Her clothing line, Phenomenal, boasts 574,000 Instagram followers. 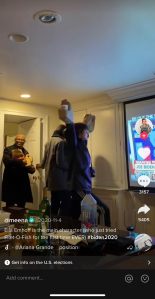 While first daughter Ashley and her nieces Finnegan and Natalie Biden have kept their Instagram accounts private, Naomi Biden tipped over 150,000 followers on Wednesday, giving followers a peek into family life with a grandfather-in-chief. She counts Lena Dunham, Jonathan Van Ness and Kaia Gerber among those she’s following. 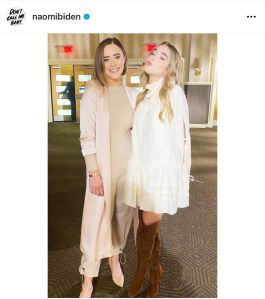 And of course, no mention of social media would be complete this week without a nod to Bernie Sanders, the unexpected — and likely unwilling — winner of the 2021 Inauguration meme race. His cozy, casual and curmudgeonly take on inaugural fashion delighted the internet, and never one to go off-brand, the senator sported a coat from Burton, a Vermont-based snowboard label. 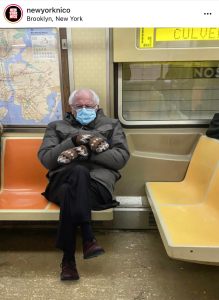