LONDON — Gucci is releasing a series of short films in partnership with Dazed Media.

The series, titled “AbsoluteBeginners,” invites nine friends of the brand and Dazed collaborators to direct a film each for the first time and to “celebrates the potency of pop culture and naïveté, the beauty in amateurism, and exposes the power and vulnerability of the creative impulse,” while incorporating the Gucci Jackie 1961 bag into the narrative.

The first set of five films available to watch beginning Wednesday have been created by Elle Fanning, Kelvin Harrison Jr., Jodie Turner-Smith, Benedetta Porcaroli and Emma Corrin, who plays the late Diana Spencer, Princess of Wales, in the upcoming season four of the Netflix hit show “The Crown.” 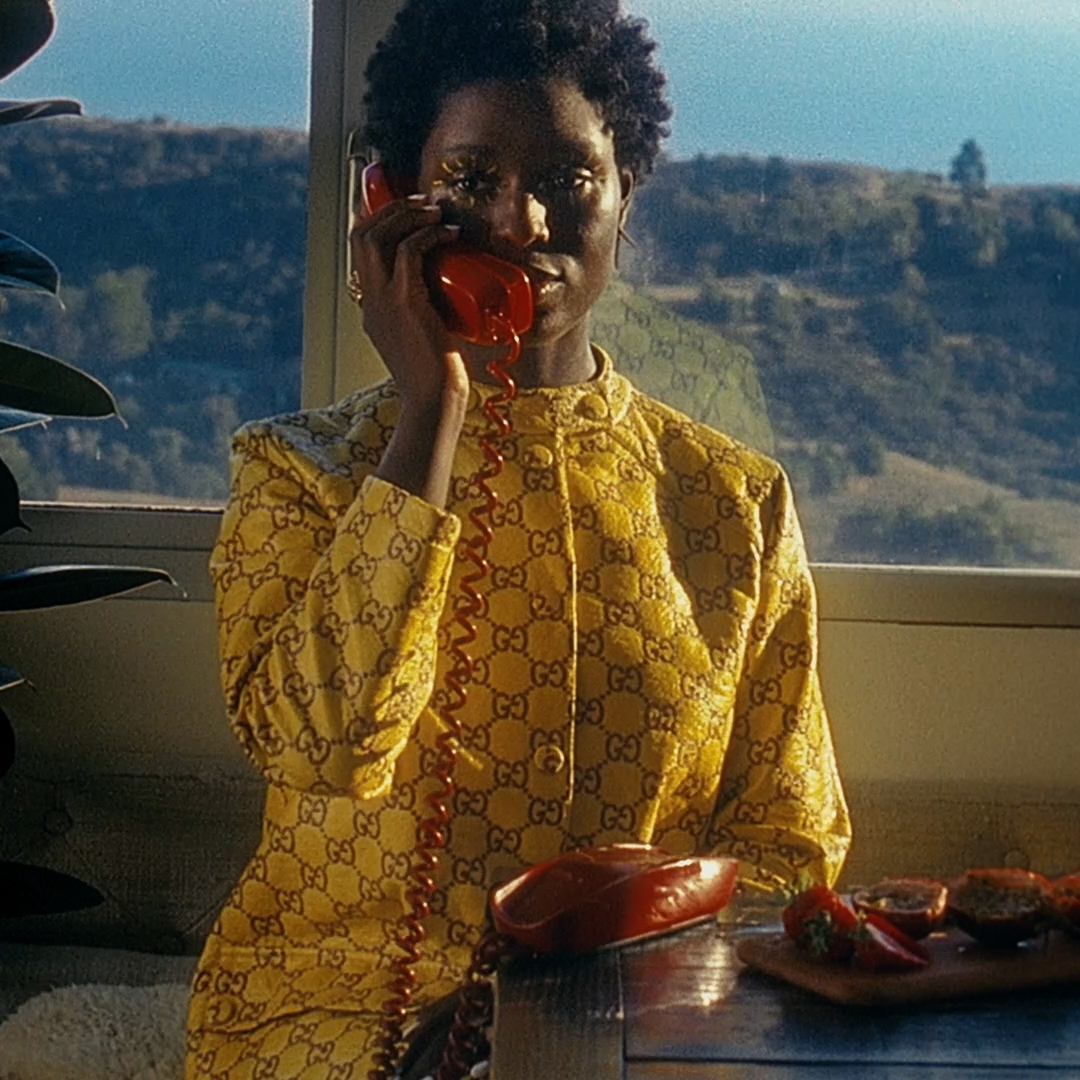 The second batch of four films have been directed by Lily Gavin, Barry Keoghan, Yoshi and Arlo Parks and are slated to premiere on Nov. 6.

The campaign also aims to go viral on social media. Morgan Presley, the creator behind TikTok’s viral Gucci Model Challenge, will promote the series with her “#GucciAbsoluteBeginners guide to living a Gucci life” video, which follows a Gucci-fied day in her life, in her Gucci-inspired look, with audio that other TikTok creators can use to re-create their very own Gucci day.

“My film is about captivating the nature of Gucci,” said Fanning, who has been wearing Alessandro Michele’s gowns at major film festivals. “Even a dog can be hypnotized by its beauty. One night while drifting off to sleep, I thought of this western showdown between a dog and dog owner with a scoreboard keeping tallies of how Gucci always wins. Since I am an absolute beginner to directing, I wanted to make a statement with the tone. Yes, this is a fashion film, but why not tell a funny story while looking at sparkling garments?”

British model and actress Turner-Smith said, “Clothing and dressing are in many ways the sort of ‘backbone’ of the film. The entire idea of the film began with the Gucci Jackie 1961 bag — who is the woman who wears this bag, who is Jackie? What we wear is the costume we put on to show the world. And I just imagined this story based on this woman who uses costume as her escape. Who pours all of this love into what she wears, but not so that she can show it to the world. Jackie does it strictly for herself. She puts on a gown and walks down to the pool. She’s just that kind of woman.” 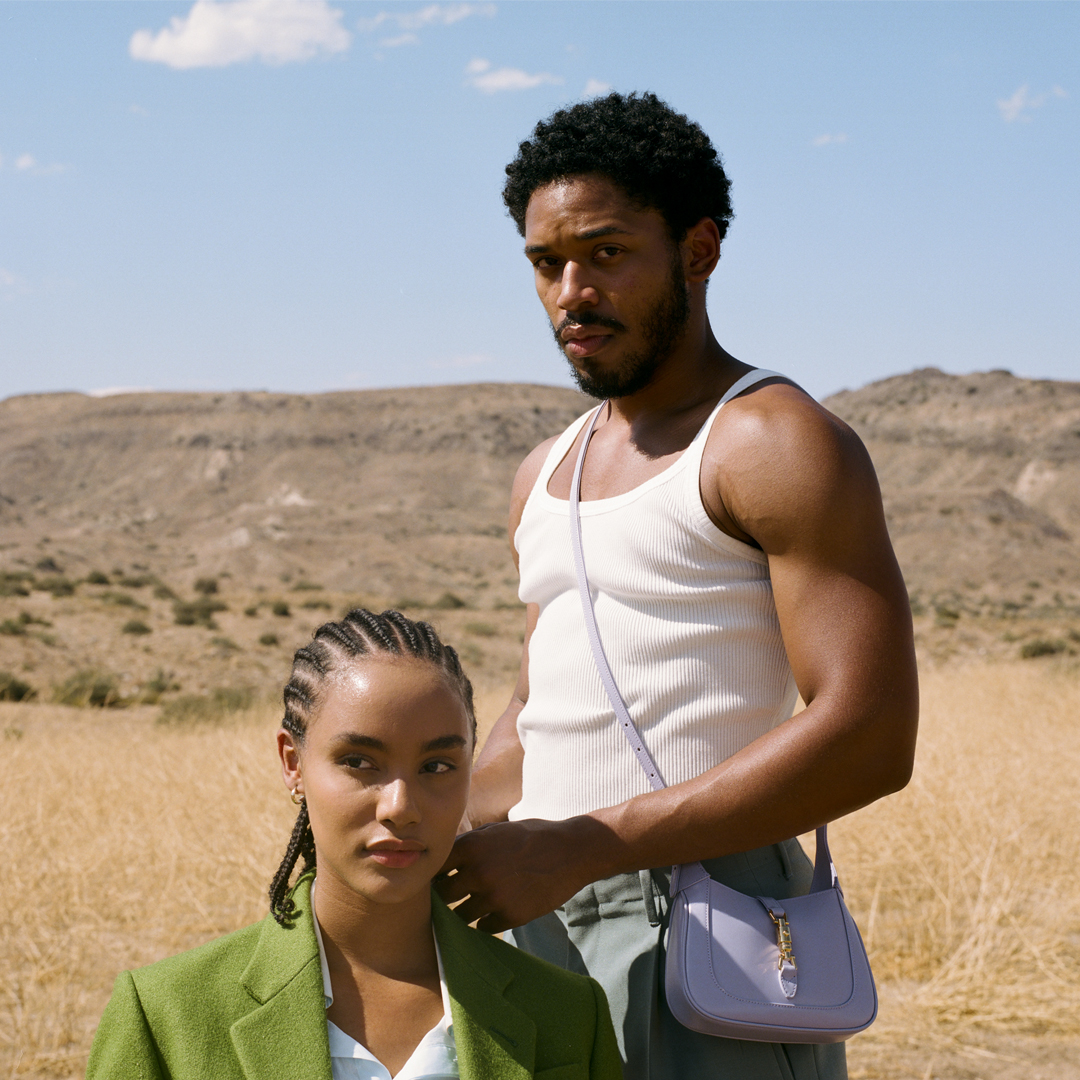 American actor Harrison Jr., who starred alongside Dakota Johnson Tracee and Ellis Ross in comedy-drama “The High Note” this year, said his film is essentially a story about “the seemingly ever-present fear of love.

“The concept initially came from someone I was seeing who told me that the risk of falling in love was greater than the reward. They had come to believe that after so many unsuccessful attempts at sustaining a long-lasting relationship it was unfair to expect anyone to take on their accompanying baggage. It was suggested I may be naive to believe that someone could not only handle the baggage of another but embrace it with authorship as if it were their own,” he added.