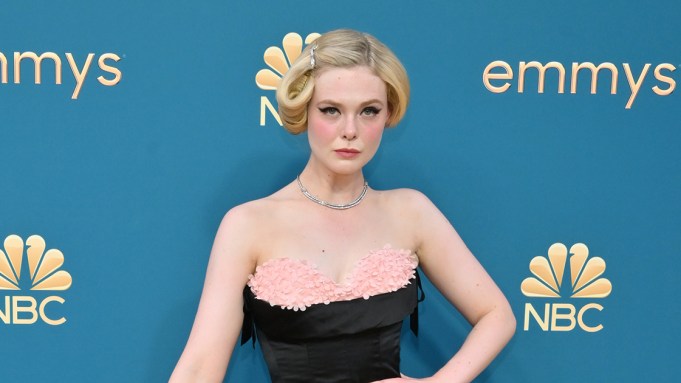 Elle Fanning made a stylish arrival at the 74th annual Emmy Awards in Los Angeles on Monday. The actress received a nomination in the Lead Actress in a Comedy Series category for her role in the “The Great.” The Hulu series sees Fanning star as Catherine The Great alongside Nicholas Hoult and Phoebe Fox.

Her look featured a custom black strapless gown with a long train. The bodice incorporated floral-embellished pink cups. Sharon Long, the costume designer from “The Great,” designed the dress.

In July, she unveiled her partnership with Miu Miu as the face of the brand’s new Twist Eau de Magnolia fragrance.