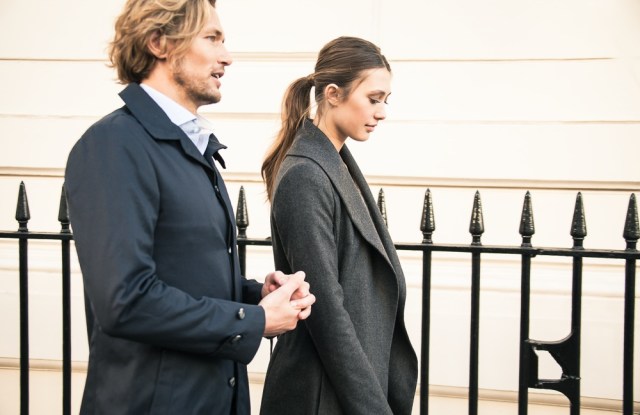 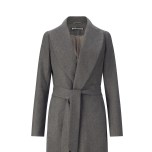 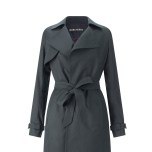 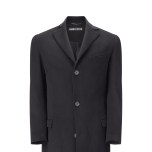 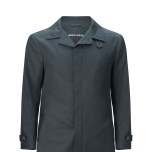 GET SMART: The British label Emel + Aris has launched a smart coat range for men and women using infrared-heating technology. Founder Rana Nakhal Solset is working with a proprietary fabric and a special polymer in the lining of the coat that produces the heat.

“There’s three levels of heating — low, medium and high — so you can regulate it,” Solset said. “The technology ensures you that you can’t overheat. It’s like wearing a warm blanket so you can be at ease and comfortable. The heat that it generates is infrared heat that penetrates your skin and goes into the muscle, warming you all over. It works on a rechargeable battery and the battery will also have a USB so you can charge your phone. It is not too heavy and it is in a hidden pocket. So you can carry it anywhere you go.”

The concept for the coat was sparked by Solset’s young son. “Last year my six-year-old asked me if I was going take him on holiday to the North Pole,” she said. “He said ‘If we do, Mommy, can you please make sure you buy us jackets that heat? That’s when I had that lightbulb moment. How is it that in today’s world, with all the technology developments we have, we are not all walking around with jackets that heat. That’s how the idea of the smart coat was born.”

The tailored coats will be available in two styles, a trench and wrap for women and an overcoat and raincoat for men. The range has been developed in Europe using Loro Piana cashmere, wool and cotton. “The first and most important thing for me were the fabrics,” added Solset. “It all had to be breathable. Cashmere, wool, cotton — all the fabrics are treated to be wind and rain resistant so they are very durable.”

Solset has financed the project herself and noted that the brand’s strategy is still in its early stages. “The idea is to place it on Kickstarter, and to do the best campaign I can for two months,” Solset said. “Depending on how much I raise, I can go to investors or not. I want to build a brand with standing that focuses on luxury wearable tech.”

Solset’s team of three is based in London and works with a range of suppliers and professionals on production.

Born in Beirut and raised in Montreal, Solset studied at McGill University then attended Iscom for her master’s degree in Paris. Always intrigued with fashion and technology, she wrote a paper about opening a tech clothing shop while she attended university. Before launching her label she worked in the advertising departments of titles including Wallpaper, Elle and Tatler.