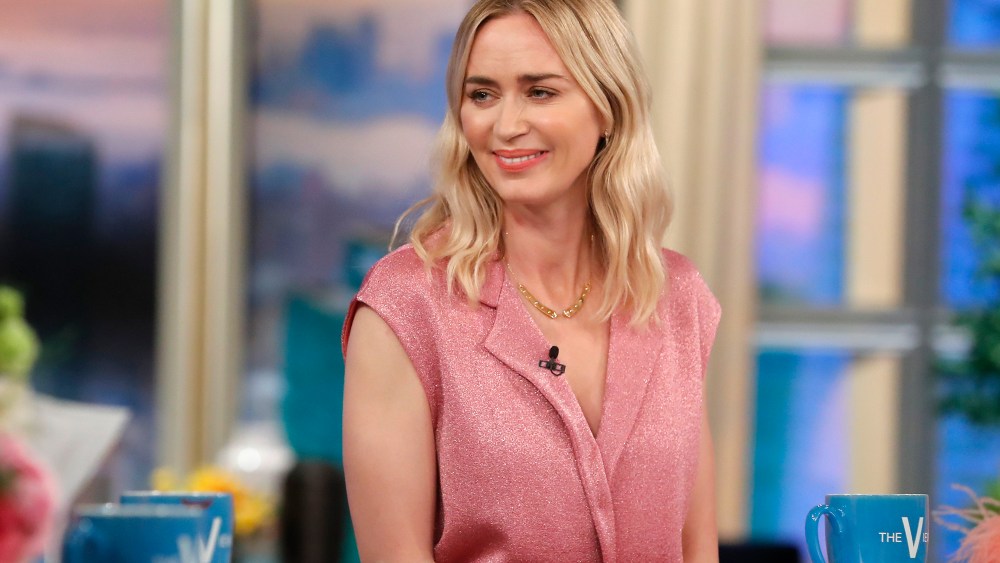 Emily Blunt appeared on an episode “The View” on Thursday in an all-pink ensemble to promote her new television show, “The English.”

For her television appearance, Blunt wore a pink lurex knit double-breasted vest and matching trousers from Missoni’s spring 2023 collection. She accessorized with a necklace, several rings, earrings and a pair of open-toe heels.

Blunt worked with stylist Jessica Paster to create her look for the appearance on “The View.” Paster has been working with Blunt for her ongoing press tour for “The English.” Paster has also dressed Blunt in Vivienne Westwood, Elie Saab and Prada. Paster’s clients include Li Jun Li, Nicole Scherzinger and Emayatzy Corinealdi.

For makeup, Blunt went for a soft, approachable daytime look featuring a pink lip and a light touch of blush, looking very natural. She parted her hair down the center and did it in a wavy style.

During her segment on “The View,” Blunt sat with the show’s cohosts to discuss her debut as a producer and starring role in her new Western series “The English.” Blunt discussed how she wants to change the narrative for women in Westerns.

“The English” is a British-American Western drama miniseries that tells the story of a woman seeking revenge on a man responsible for the death of her son. The show also stars Chaske Spencer, Rafe Spall and Toby Jones. The series debuted in the U.S. on Prime Video on Friday.