LONDON — Emma Hill’s handbag brand, Hill and Friends, is back with a host of new styles and great ambitions: It returned to the London Fashion Week schedule after a three-year hiatus, and will be holding appointments in Paris starting next week.

Hill and Friends has also moved its factory to Somerset, England, giving the former Mulberry creative director a chance to reevaluate her brand’s vision and introduce a more grown-up family of bags to the established lineup of Hill and Friends styles.

The bags are known for their signature lock closure, fashioned to resemble a smiley emoticon.

“We are changing direction slightly. But it’s more of a maturation than a change of direction and creatively, I just wanted to play with something else and not be confined into one thing,” Hill said ahead of the brand’s London Fashion Week presentation. “We’ve been thinking about who we want to be, and the Smiley Lock will always be a part of our DNA and continuity styles, but it can be limiting for the people who don’t want that kind of lock.” 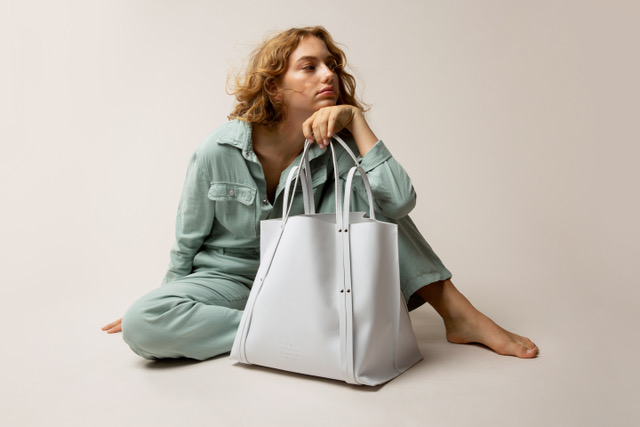 Cue a new, oversize square-hinge, flip-lock closure that brings the inside label to the outside, touting the brand’s Made in England credentials, or bags that close with the aid of a flap that’s blind-embossed with the new branding.

With Brexit looming, the move back to the U.K. was savvy, though it was not the main motivation.

“It’s something we’ve been considering for some time. Hill and Friends is a British brand, it’s at the heart of our DNA. By manufacturing here, we can monitor the working process, collaborate with the factory craftspeople and feel close to the product throughout the process,” Hill said.

She added that the move comes with the benefit of reduced movement of goods and a greater degree of price certainty, allowing the brand to be more competitive: The new bags range from 250 pounds to 375 pounds, a lower price point, setting them squarely in the hot contemporary segment of the market.

The four new bag styles have each been inspired by, and named after, female British artists. All are made from unlined leather, with raw painted edges and silver-tone hardware. The Riley is a small, square shoulder bag named for Bridget Riley, and featured the new hinged closure. It is a smaller iteration of Cecily, in honor of Cecily Brown, which has an understated embossed flap closure. 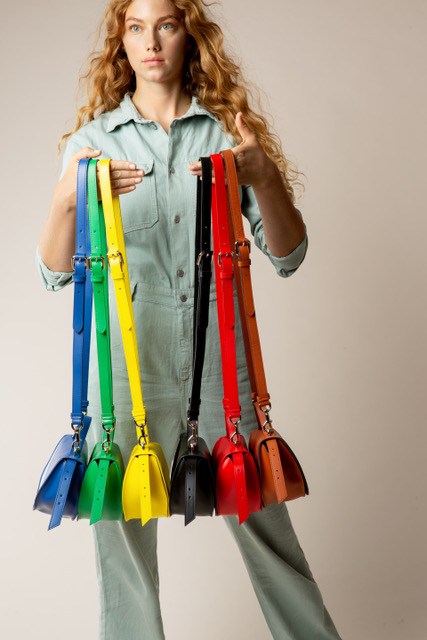 The strap on the Riley has been designed for adjustable lengths and styling variations, and can also be removed for use as a clutch.

Bell, inspired by Vanessa Bell, is a mini bag in a half-moon shape, with a full-body flap, a top handle and a shoulder strap.

Hepworth, after Barbara Hepworth, is a tote with two sets of super-skinny handles — one short, one longer — for carrying it by the hand or on the shoulder.

The brand is looking to secure some top wholesale doors to increase its U.K. presence, which cofounder Georgia Fendley said will contribute to 80 percent of sales this year.

The brand also hopes to grow its own e-commerce, which accounts for 52 percent of business, and to increase international distribution, through a series of appointments in a Paris showroom beginning next week.