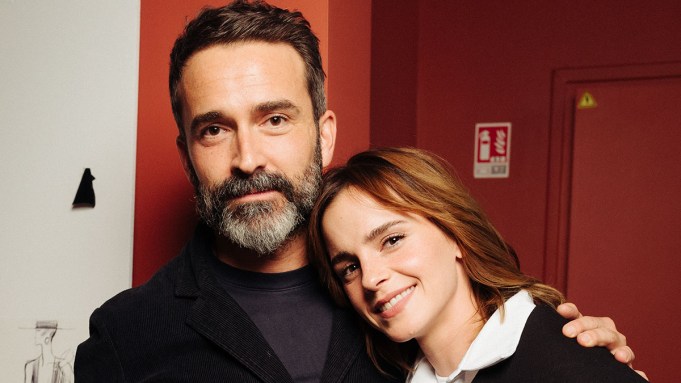 The actress sat front row on Monday at Schiaparelli’s fall 2022 couture runway show. Watson joined a lengthy list of other celebrities who sat front row at the show, including Natasha Lyonne, Karlie Kloss, Hunter Schafer, Rita Ora, Jordan Roth, Anitta and many others.

Watson spoke with WWD before the Schiaparelli show, sharing that she had a chance encounter with the design house’s creative director Daniel Roseberry, who invited her to the couture show.

“Funny story, I actually just strolled into the store one day not expecting to meet Daniel but he happened to be there,” she said. “He just feels like a real human being, he’s just really understated and kind.”

After being invited, Watson asked Roseberry if she could wear a jacket she had tried on with him to the couture show. She paired the jacket with black denim jeans and a white blouse.

While Watson typically stays out of the public eye, she always leaves a mark when she makes an appearance. Last fall, Watson attended the Earthshot Prize Awards, marking her first red carpet appearance in almost two years, wearing an upcycled wedding dress designed by Harris Reed.