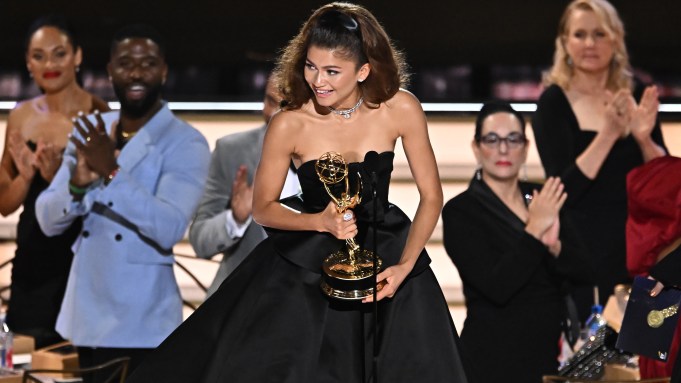 Sheryl Lee Ralph from ABC’s hit sitcom “Abbott Elementary” took home the award for outstanding supporting actress in a comedy series, making her the first Black woman to win the award in 35 years.

Here, WWD breaks down the winners from the 2022 Emmy Awards. Read on for more.

Comedy Series
“Abbott Elementary”
“Barry”
“Curb Your Enthusiasm”
“Hacks”
“The Marvelous Mrs. Maisel”
“Only Murders in the Building”
WINNER: “Ted Lasso”
“What We Do in the Shadows”