Italy’s soccer team is kicking off the UEFA Euro 2020 European soccer championship on June 11 disputing a match against Turkey.

EURO-STYLE: As part of his company’s four-year deal with the Italian Soccer Federation, Giorgio Armani on Thursday unveiled his latest off-field formal uniforms for the country’s soccer team.

Participating to the UEFA Euro 2020 European soccer championship — which was postponed last year due to the pandemic and is running until July 11 — the team is set to play its first match on June 11 at Rome’s Stadio Olimpico against Turkey.

The luxury brand said the uniforms drew inspiration from the style and elegance of Enzo Bearzot, a soccer player and coach who’s been credited with helping the Italian team win the World Cup in 1982.

“I am proud to dress our national team at this time of general restart, and for such an important championship. I worked on an idea of elegance that is spontaneous, sporty and authentic. I created a suit that is light but dignified, as dignified and proud as our spirit should be at this time,” Armani said. 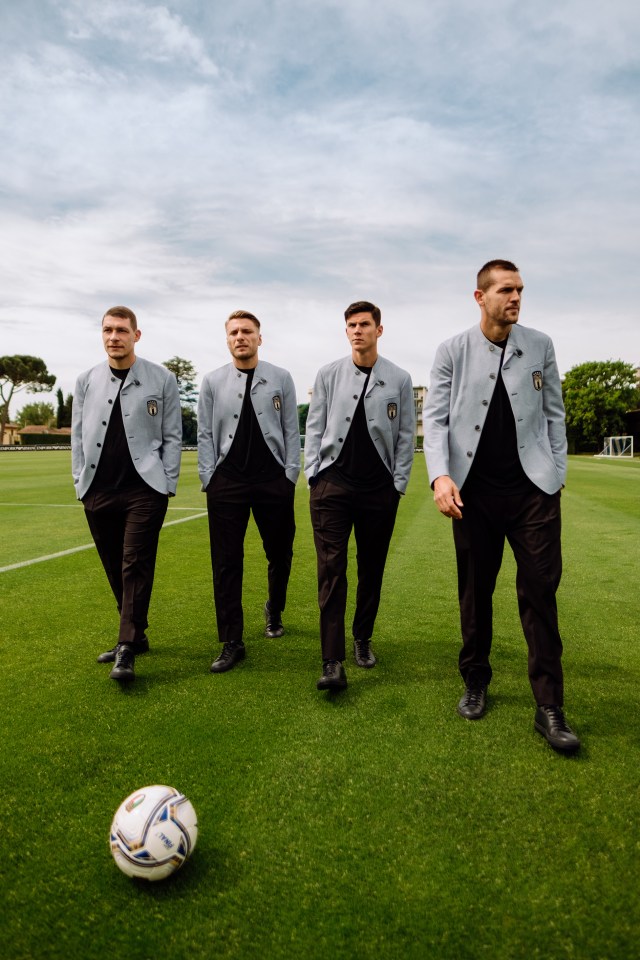 “I would like to thank Mr. Armani because he was able to design a suit that combines and enhances three fundamental characteristics of this young, elegant and determined national team. His style combines perfectly with the direction given to the Azzurri by coach [Roberto] Mancini,” said Gabriele Gravina, president of the Italian Soccer Federation.

In accordance with the four-year deal with the soccer federation, also Italy’s national Under 21 and women’s soccer teams regularly wear Emporio Armani off-field uniforms. This partnership highlights Armani’s tight relationship with the world of sport.

Previously, the Armani company created the uniforms for the Italian national soccer team for the 2012 and 2016 Olympics and for the 1994 World Cup. In addition, the fashion house designed the official uniforms for the Newcastle United, Chelsea and Bayern Munich soccer teams.