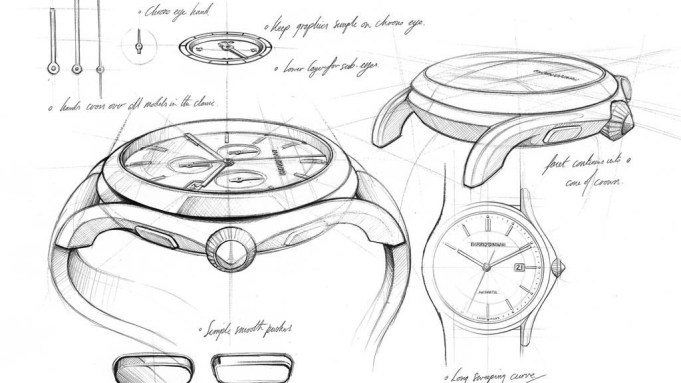 TIME PASSAGES: Giorgio Armani presented his first collection of Emporio Armani Swiss-made watches on Sunday alongside craftsmen at work at his Tadao Ando-designed theater. “I have always believed in a mix of innovation and tradition: my entire stylistic path is based on this concept,” said the designer. He added a contemporary look to watch shapes inspired by the Thirties and Forties. Produced under license by Fossil, the men’s and women’s line will be priced between $600 and $1,500 and distributed at Emporio Armani boutiques and selected specialty stores. The collection will officially make its debut on March 27 at the Baselworld watch fair.