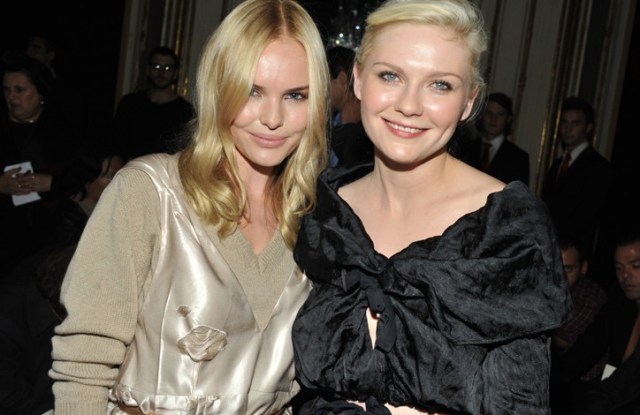 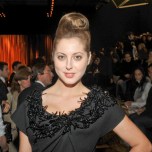 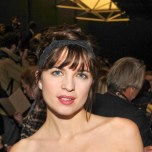 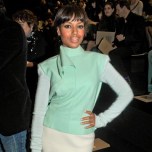 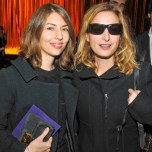 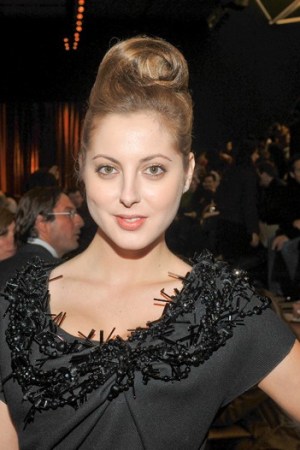 BLONDE AMBITION: Kirsten Dunst walked into Sunday night’s Miu Miu show to encounter a giant, Warhol-esque image of herself from last year’s campaign on the wall smack in front of her seat. Might she pose for the Italian brand again? “Can you do two?” asked the actress, who is currently doing a documentary about American elections and launched into an explanation of how voting on Tuesdays dates back to agrarian times. Kate Bosworth, meanwhile, said she’s planning to direct a film set in Tokyo called “Lost Girls and Love Hotels” based on a book she optioned a few years ago. “We just finished writing the script,” she said. Bosworth, in town with her boyfriend James Rousseau, took in the Jeff Koons exhibition at Versailles — and was dazzled.
“It strangely worked. It gave it a whole new dimension,” she enthused.

This story first appeared in the October 6, 2008 issue of WWD. Subscribe Today.

ENERGY PILL: Guests at the Louis Vuitton show Sunday rallied around to offer pick-me-up tips for tired fashion folk. “David Kirsch’s vitamin supplement packs are the best. I love the Thermo Bubbles one with natural green tea,” said Kerry Washington. Meanwhile, a preppy Antoine Arnault was sandwiched between a tank-topped and tattooed Lenny Kravitz and hirsute French rocker Sebastien Tellier, who offered less conventional remedies. “Lots of bananas — and ice skating is always a good way to revive the spirits,” said Tellier, who is recording his next album. Susan Sarandon’s daughter, Eva Amurri, had her hair swept in a sophisticated quiff. The actress is next shooting alongside Josh Lucas in a dark comedy about a family-run pharmaceutical company. First up, though, is a family affair. “My dad [Franco Amurri] turns 50 next week so we’re having a big party. My mom’s organizing it, but she has so many things to do so I’m helping,” she said. French actress Hélène de Fougerolles, meanwhile, has a trio of movies out by the end of this year, including “Mutants,” a horror movie. The actress has also turned author, having penned a children’s book for her five-year-old daughter. Donna Summers’ daughter, Amanda Sudano, said she was taking time out from recording her new album, “5-8.” “I’m looking forward to doing some sightseeing and this is a good way of spotting outfits for my concerts,” she said, adding that she’s in talks to be featured in a few undisclosed Spanish brands’ campaigns.

MONKEY BUSINESS: For A Bathing Ape’s Nigo, who was in Paris especially for Colette’s party in honor of architect Masamichi Katayama on Saturday, the scene at his and Katayama’s double book signing that morning was totally unexpected. “I was surprised that so many people came. In Hong Kong you can expect 2,000 kids, but I had no idea there would be that kind of reaction in Paris,” said the designer, who was dressed in shirt, jacket, cap, belt and jeans all of his own design, with an Hermès tie and bespoke shoes. Then he mused about what he would likely spin as one of the guest DJs at the after party at Regine’s: “I’ll probably go for hip-hop,” he said just before the party, attended by the likes of Thom Browne, Victoire de Castellane and pastry chef Pierre Hermé.

DIRECTOR’S CUT: Brazilian actress Cristiana Réali was among guests at Sunday’s Lanvin show. She’s about to start a run of the play “Good Canary” in Paris, directed by John Malkovich. “We are going to take it around France,” she said, adding that she and Malkovich enjoyed working together and could possibly collaborate on the stage again. “He wants to do ‘Dangerous Liaisons’ next.”

DOUBLE TROUBLE: Collaborations were a running theme at Alexander McQueen’s show Friday night. Prima ballerina Sylvie Guillem said she would be performing in a contemporary production of “Eonnagata” at Sadler’s Wells in London. “McQueen has designed the costumes and I have been working with the choreographer Robert Lepage and Russell Maliphant,” she said. Elsewhere, Naomi Campbell and Farida Khelfa were chatting away — perhaps discussing their latest film venture. “I have just finished the French film ‘Barbe Bleu’ or ‘Blue Beard’ with director Catherine Breillat and will start filming ‘Bad Love’ with Naomi Campbell next year,” said Khelfa.

FLIGHT PLAN: Jessica Stam is getting familiar with another kind of runway — and is winging her way to becoming a pilot. The Canadian model is working on getting a license and has already clocked a few hours in the cockpit. “It’s something I’ve always wanted to try,” she said backstage at John Galliano Saturday. “Being above everything gives you a natural high — a body rush.”