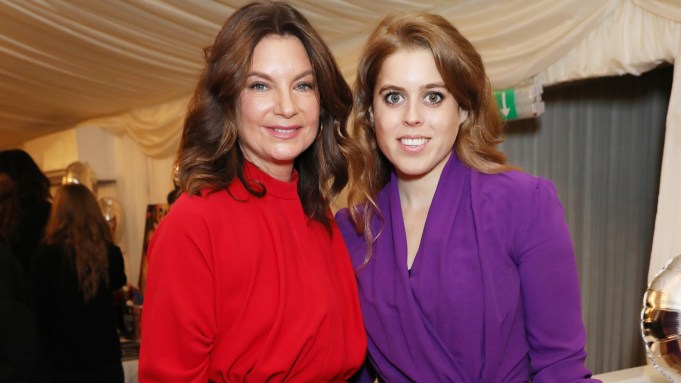 PARTYING IN PARLIAMENT: Some have said that fashion and politics don’t mix, but that clearly wasn’t the case this week at the Houses of Parliament where fashion industry events took place on consecutive nights. One had to do with Graduate Fashion Week and the other with a new antibullying campaign.

On Tuesday the Graduate Fashion Foundation, the charity that produces Graduate Fashion Week, hosted a reception in association with the U.K. Fashion & Textiles Association. The charity unveiled its new protégé mentoring project, a scheme that helps students for two years post-graduation.

“We want to give them the opportunity to work with someone from the industry,” said Mark Newton-Jones, chief executive of the retailer Mothercare and chairman of Graduate Fashion Week. “Either a designer or the ceo of a retail business, or a celebrated designer like Henry Holland or Holly Fulton who are supporting the program.”

Separately, Newton-Jones said the charity would continue to partner with retailers and brands on producing student-designed products. “We’re taking the raw talent and turning it into commercial product,” he said. “We did it last year and we’re doing it again this year.”

Henry Holland, Gareth Pugh and Oliver Spencer attended the reception alongside retail and brand executives. “This year I’m mentoring one of the winners,” said Holland. “I’m seeing her for her first session tomorrow morning. She won the Sainsbury’s award, so her graduate collection will be in Sainsbury’s stores.”

In lieu of staging its annual fashion show in June, Graduate Fashion Week will instead mount a static presentation of students’ designs. Some will be put into production, such as Claire Tagg’s floral range of occasion wear separates for Marks & Spencer, and Megan Davies’ prototype for boots with Clarks.

On the previous night, it was the BFC that took to the Gothic halls of Westminster to promote an antibullying campaign. “Tonight is about treating others the way you want to be treated,” said Natalie Massenet, who hosted an event to mark the start of antibullying week in London. Massenet, Princess Beatrice, Melissa Odabash and Charlotte Stockdale were among the guests who attended the event held at the House of Lords.

Massenet said that until she came across the Be Cool Be Nice campaign, she had always been the type who’d tried but failed to get fully involved with charities. “I’m not a big runner, so I don’t run miles,” said Massenet. “I can’t grow a moustache for Movember. I really don’t like baking, so i’m not baking cookies and cupcakes. I think this is one that I can really get behind.”

She said that as a parent of two daughters who experienced bullying, “the first thing you do is figure out ‘How do I deal with this?'” said Massenet. “And you look up so much helpful information on how to be confident and face people who are not treating you the way you want to be treated. Or how to put on a brave face. Or just ride it out. This movement is based on the trickle-down theory that if cool people can act nice then everyone would want to behave this way. Imagine what the world would be like if people addressed the cause.”

Princess Beatrice said that the campaign is about building a community. “Together we can give young people the tool kit,” she said. “To have the conversation with your parents, to realize what a force it can be for good. I really believe in this as a powerful tool for change and together we can really make a difference. I think being cool and nice is the way to go.”

Earlier this month, a bevy of fashion creatives gathered at the House of Lords for another event to mark the launch of the Be Cool Be Nice campaign. The overall initiative supports the use of social media in a positive way to promote civility online and offline. There is also a book, published by Studio Press, that features creative imagery from Burberry, Emilio Pucci, Marc Jacobs, Dsquared2, Henry Holland, Mary Katrantzou and Pat McGrath. Marc Newson did the cover illustration of a bear wearing sunglasses. The 141-page book includes activities and expressive positive phrases that focus on kindness.