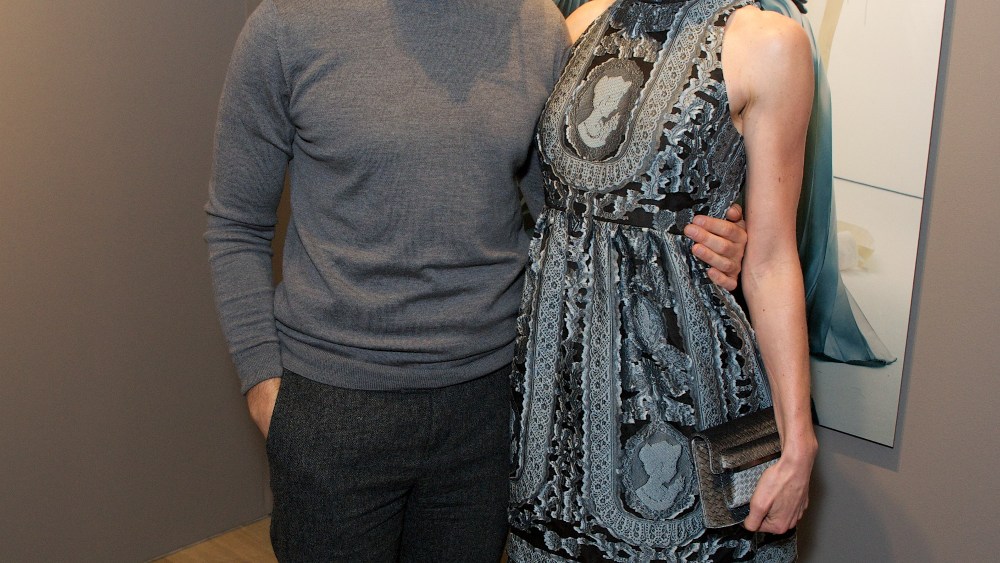 BACK TO SCHOOL: Erdem Moralioglu celebrated 10 years in business by raising money for the British Fashion Council’s Education Foundation — which saved him from dropping out of fashion school.

Erdem asked Sølve Sundsbø to shoot 10 looks from the past 10 years, and those images are featured in a signed, limited-edition book printed and produced by Smythson, and bound in an early Erdem signature print fabric.

“At one point it was so difficult to pay my fees at the Royal College of Art that I had to win a scholarship to be able to stay,” said Moralioglu during the cocktail to launch the portfolio at the S|2 Gallery in Mayfair.

“Which is why every cent from the book will go back to the BFC Education Foundation,” said the designer, adding that he chose Sundsbø for his “cinematic approach to photography” and that the model, Guinevere Van Seenus, becomes more like an actress when she puts on his clothes.

Two hundred copies of the book, whose creative director was Thomas Persson, have been made and will be sold on Erdem.com and at the designer’s new store on South Audley Street in London’s Mayfair.

“I met him at the very beginning — it was the Canadian ambassador’s wife who was promoting him in London,” said Burstein. “Erdem is in love with textiles — and from the beginning his designs were fascinating.”

The gallery was filled with Sundsbø’s large-scale images, which contrasted with nude paintings by contemporary artists also hanging on the gallery’s walls.

One guest was definitely in her element.

“I’m back to being an artist again, doing my collages and living between London and Ibiza,” said Bates, the vintage clothing expert who continues to sell some pieces out of her west London home.

Not surprisingly, she has very different wardrobes for each country. “You should see me in Ibiza — I’m like a hippie. I put my rags on, and off I go.”