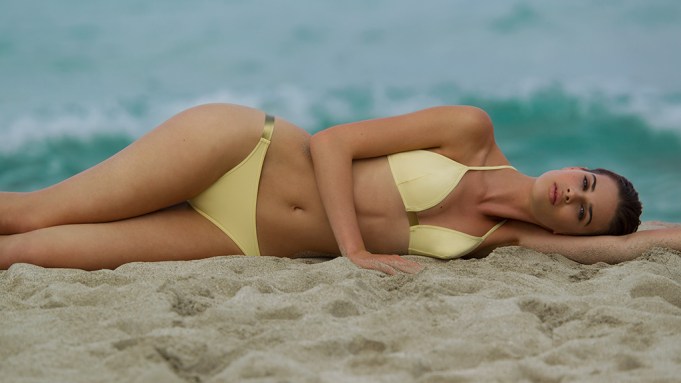 POPPING UP: After 40 years in business, Eres is opening its first series of pop-ups.

The temporary shops will sell the spring lingerie and swimwear collection, along with a line of limited-edition swimsuits. The collection will retail from $400 to $600.

“When the opportunity literally ‘popped up’ with the Standard hotels and Sunset Beach, we thought it was the perfect fit. They have locations where people need swimwear right on the spot. We found it was a new way to present the key pieces of our swim collection for a weekend, in a relaxed atmosphere by the pool or the beach,” said Anne Kirby, chief executive officer at Eres.

In 2010, Eres, which currently has 47 boutiques globally, closed its three U.S. stores and shifted to the franchise and shops-in-shop model. Its five U.S. locations in Palm Beach, Fla., Beverly Hills, Greenwich, Conn., San Francisco and East Hampton are all franchise shops. According to Kirby, the brand is currently focused on Russia and the U.S., where it’s hoping to expand its retail footprint over the next two years.