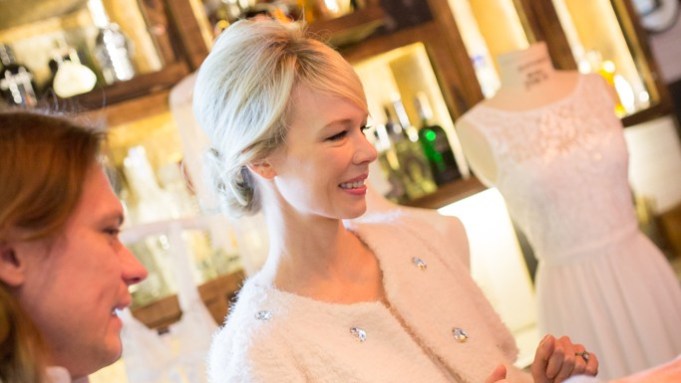 IN GOOD COMPANY: Martha Stewart Weddings’ Darcy Miller helped Erin Fetherston and Cosabella celebrate her bridal intimates collection at a luncheon Thursday at Willow Road. With Stewart among the seated guests at the Chelsea eatery’s salvaged farm table, Miller made sure to remind everyone to check out the newly-married designer’s wedding photos in the magazine. But Fetherston wasn’t the only one with marriage on her mind. Tiler Peck gave the play-by-play of how her boyfriend and fellow New York City Ballet principal dancer Robert Fairchild proposed in Paris.

He told Peck, whom he first befriended in dance class at the age of 11, that they had been asked to do a photo shoot for Kenzo. Fairchild had been asked to model for the label last year but his schedule was too packed to make it happen. To ensure Peck wouldn’t have a clue about what he was up to, Fairchild got The Company including NYCB’s press team in on the ruse. They emailed her updates about the faux fashion shoot in the weeks before their trip to France. “When we got there, we had a few hours before the shoot so Robbie said, ‘Let’s go walk around.’”

“He took me to Sacré-Cœur. We walked up all the steps and he told me it was his favorite place. It was raining and I was complaining that my hair was going to be a mess for the shoot. And then he got down on one knee and asked me to marry him.” Peck said.

Having just toured the 18th century chapel in The High Line Hotel where they will wed next year, the ballerina is now zeroing in on a dress. Her selection was down to one from Monique Lhuillier or one from Inbal Dror. That was until Oscar de la Renta offered his services. “I know, right?” Peck said smiling. As for the creator of the slate blue sleeveless jumpsuit she wore Thursday, she said, “I don’t even know whose it is. I got it on our Paris trip. We really shopped it up, since there was no shoot.”