Photographed in Deauville, France, the campaign marks the sixth collaboration between Lindbergh and Scervino.

“I strongly wanted Kenya to be the main character of this campaign, because she perfectly reflects my brand’s DNA. Her parents are two icons of the Eighties and she a new, fresh and modern beauty,” said the Florentine designer. “Capturing her side by side with her boyfriend Will made it possible to create a very spontaneous and intimate atmosphere. Only Peter Lindbergh, with whom I collaborate since several years, has the unequaled ability to capture in a single shot my aesthetic idea.”

A sandy Normandy beach serves as the background to Kinski Jones captured solo or striking a pose with Peltz. 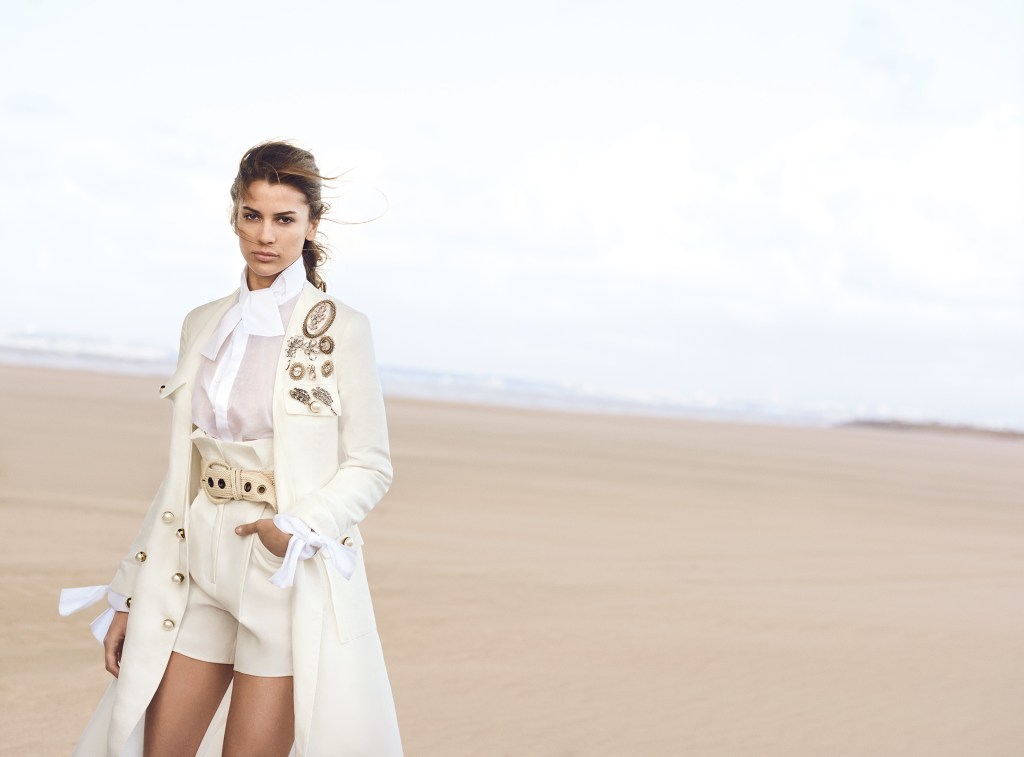