Etro launched an artist collaboration, while Tait and Nascimento threw a tongue-in-cheek party. 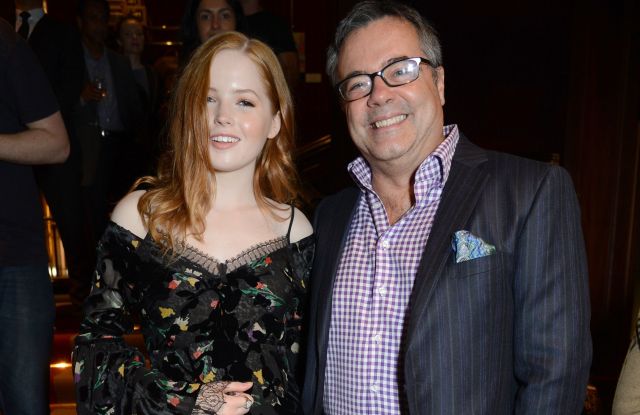 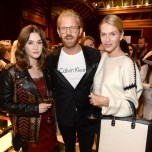 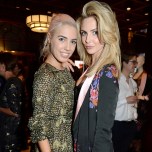 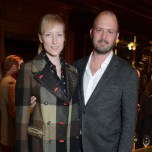 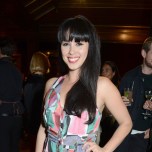 FOR REEL: Frieze Art Fair festivities have started a week earlier this year — due to the timing of the Jewish holidays — with Etro, Thomas Tait and Lucas Nascimento warming up the art crowds with a variety of events on Wednesday night.

For the fourth edition of Etro’s series of artists’ collaborations, Jacopo Etro said he had his heart set upon working with a Scottish artist.

“Etro is based a lot on textiles, but specifically the paisley design and, of course, Paisley is a town in Scotland where cashmere shawls were woven in the 19th century,” said Etro, head of the brand’s accessories, home and textiles division. “So it just made sense to me to work with a Scottish artist — ideally one who has some knowledge of paisley and who feels it’s part of their heritage.”

The Glasgow-based painter Victoria Morton was his first choice, and she’s worked with the Italian house on a collaboration of scarves and a clutch, which are available at the Italian brand’s Bond Street store, alongside a selection of her paintings.

Etro said he was drawn to Morton’s work because of her use of color and by the way in which she works with pattern. “They grow on you; you have to look at them and you get struck by them, and when you look again later, it really builds something in you,” he said during a launch party at the Bond Street store.

“Sometimes when you look at an abstract painting, you can feel coldness, and when you see artists that do this kind of art, I feel sometimes they are lacking a soul somehow and this is something that I didn’t feel with Victoria’s works. We were quite lucky that she said yes.”

The brief to Morton was specific, with Etro asking her to consider the paisley motif and how she might reinterpret it for the collaboration. For her part, Morton not only had the artistic chops for the project, but also a personal tie to the Scottish textile industry. “Some of my relatives worked in the factory floor in lace-making in Ayrshire,” she said.

For a previous project, she had been researching her family’s history with regard to lace-making, then when the Etro request came through, she dug deeper and discovered her grandmother had worked on hand-finishing carpets. “I guess I was already investigating it, and finding it interesting that my relatives were doing those jobs, and that I had ended up spending my life making things by hand. It was a nice context.”

Her collection for Etro, “My Mother Was a Reeler,” actually bears little resemblance to a traditional paisley motif. Instead, the designs look more like brightly colored ink blot Rorschach Tests. The scarves range in price from 480 pounds to 605 pounds, or $611 to $770, while the clutch is priced at 390 pounds, or $497.

At the party, where the collaboration was on display, Lady Mary Charteris manned the DJ decks, playing an array of songs, including Bowie’s “Golden Years,” “Groove Is in the House” by Deee-Lite and “The Clapping Song” by Shirley Ellis. The prosecco-sipping crowd included Amber Le Bon, Tamsin Egerton, Sai Bennett and Jade Parfitt.

On the Hackney Road in east London — the opposite side of town — designers Thomas Tait and Lucas Nascimento partnered to host a party called “Frieze, You’re Gay,” a night of “Art From Tops to Bottoms.” On the flier, Thomas Tait was restyled as Thomas Tits.

“It’s a nickname a friend gave me and it’s stuck, some people just call me ‘Tits’,” he said from behind the DJ deck, where he and Nascimento had lined up a playlist of disco songs.

There was no firm tie to Frieze. “We just decided to do this on Monday, and Frieze starts today,” said Nascimento of the last-minute knees-up. “We thought it might be a bit of fun.”

As the Queen Adelaide pub started to fill with the designers’ guests, Tait, who did not show his spring collection this season, said when he does return to the fashion schedule, it might not be in a traditional catwalk format. “I just think it might be better for me to do something a bit unexpected; I don’t know what that is yet, we’ll see,” he said.