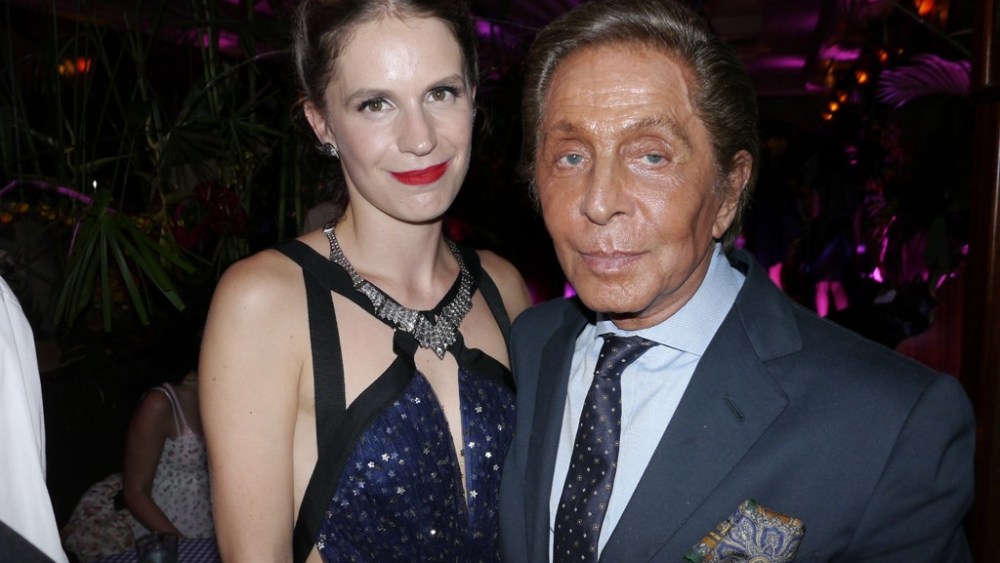 Charlotte Casiraghi, Margherita Missoni, Tatiana Santo Domingo and Gaia Repossi — with whom she collaborated on two capsule collections — were among the heiresses attending the 26-year-old socialite’s party.

Sporting a Jason Wu dress and Prada shoes, Niarchos presented her collection to her guests, which also included a flock of designers such as Valentino Garavani, Giambattista Valli, Peter Dundas, Victoire de Castellane and Elie Top.

The Art Deco brasserie, decked with Majorelle furniture and stained glass with motifs such as waves, flowers, butterflies, insects and birds, was the perfect showcase for Niarchos’ Reptilia collection inspired by the patterns formed by reptile skins and shells.

Vincent Darré marveled at the Chamaeleo ring in gold and sapphires. “J’adoore,” exclaimed Catherine Baba with a boa around her neck.

Margherita Missoni, whose baby bump was showing in her Missoni dress, stopped by with grandmother Rosita before heading out to dinner.

Julio Santo Domingo said he’s happy to be an uncle, since his sister Tatiana Santo Domingo and Andrea Casiraghi had a baby this spring. He was mixing Twenties jazz beats from Niarchos’ own playlist.

Meanwhile, Louis-Marie de Castelbajac — who’s working on a new line of bags for men and women — said he has known Niarchos for 10 years.

“We have a lot of friends in common. I was working in film production in Los Angeles. Eugenie’s brother was living there,” he explained.