The hit HBO show’s makeup artist is teaming with Face Lace for a collection of face decals inspired by Hunter Schafer’s character, Jules.

Over a year has passed since it debuted on HBO, save for two special stand-alone episodes released this winter, but hit teen drama “Euphoria” is still a heavy influence on current beauty trends, and now the show’s makeup artist is giving fans a way to re-create some of the show’s most popular looks.

Makeup artist Donni Davy is teaming with beauty brand Face Lace by Phyllis Cohen for a limited-edition collection of face decals inspired by the beauty looks she created for Hunter Schafer’s character, Jules. The decals replicate one of Schafer’s first beauty looks in the show’s first episodes, where the actress has white clouds drawn across her eyes.

“I wanted to make something user-friendly, customizable and simply fun for the ‘Euphoria’ makeup community as a token of my appreciation for their support and for the ways in which they continue to inspire me,” Davy said to WWD. “They’ve given me a platform, and now I get to use it to launch something unique to the ‘Euphoria’ world, while also collaborating with another artist, Phyllis Cohen, whose work I love.” 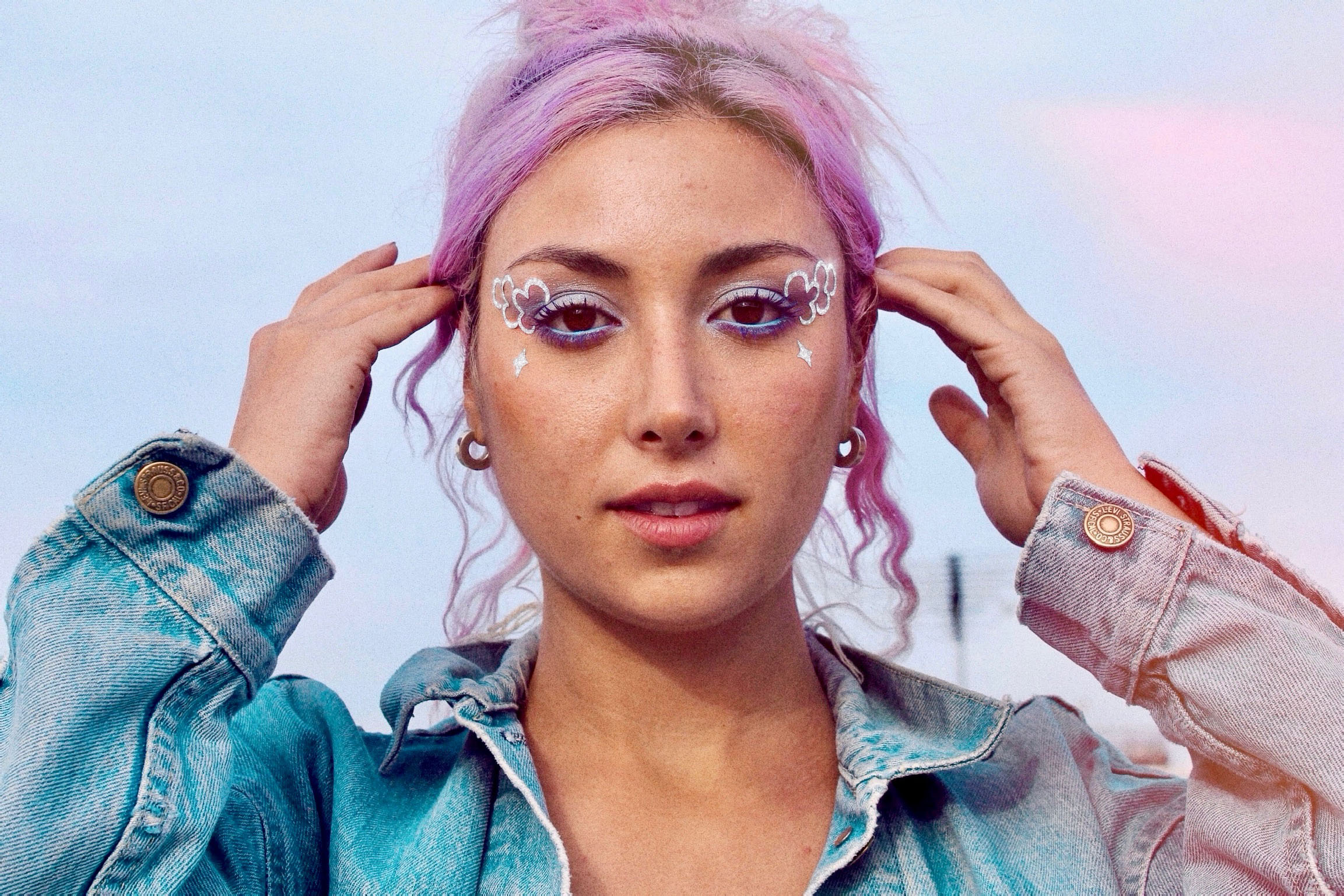 The collection, named “Head in the Clouds,” includes holographic and silver glitter face decals designed in the shape of stars and clouds. The set includes two sheets of face decals in both finishes and retails for $17.50 on Donni Davy and Face Lace’s websites. Ten percent of the profits will benefit Trans Lifeline, a non-profit that supports the transgender community.

“Euphoria” became a quick hit on HBO following its release in 2019, with the show’s star Zendaya becoming the youngest person to win an Emmy for best actress in a drama series last fall. The show’s graphic and glitter-heavy makeup looks have inspired beauty trends both on the runway and on social media, especially among Gen Z fans. On TikTok, #EuphoriaMakeup has over 502.1 million views.

“There was a big gap between the fantasy of artistic fashion or runway makeup and society’s version of appropriate everyday makeup,” she continued on why the show’s makeup has resonated with many. “My job on ‘Euphoria’ is to bridge that gap for our audience, and inspire our viewers to participate. Seeing bold colors, glitter and rhinestones decorating the faces of real-life characters on a mainstream TV show, as opposed to models on a runway, was a refreshing concept to those of us who want to move beyond traditional beauty and makeup norms.”

The 10 Biggest TikTok Fashion and Beauty Trends of 2020