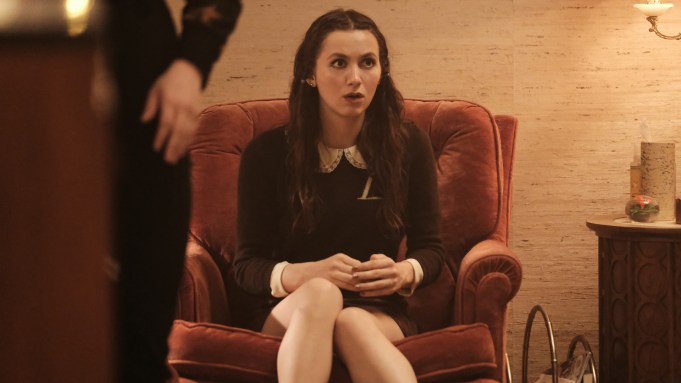 HBO’s hit teen drama “Euphoria” has hit a new milestone in its popularity.

The TV show, which will air the finale of its second season on Sunday, has become the most tweeted about TV show in the U.S. this decade, according to a new report from Twitter. The show’s second season has resulted in 30 million tweets since it debuted in January, which is a 51 percent increase from its first season that debuted in the summer of 2019.

“Euphoria” stars Zendaya, Hunter Schafer, Sydney Sweeney, Alexa Demie, Jacob Elordi, Angus Cloud and many others as a group of teenagers tackling issues like friendship, love and drug addiction. The show’s storyline has resonated with fans of all ages as much as it has for its fantastical fashion and graphic makeup looks, which have spurred their own fashion and beauty trends.

According to Twitter, the most tweeted about episode this season was episode five, which was arguably the season’s most emotional episode focusing on Zendaya’s character Rue and the aftermath of her friends and family staging an intervention for her drug use.

Following episode five was last week’s episode, which focused on Maude Apatow’s character Lexi, who put on a play inspired by the actual events taking place among her friends and family.

Among the show’s character’s, Cloud’s Fezco is the most tweeted about. This can be attributed to the fact that Cloud has been live-tweeting each episode and for his character’s interesting storyline and budding relationship with Lexi. Fezco and Lexi’s relationship has created the hashtag, #FexiHive, which has over 270,000 tweets.

Fezco is followed by Rue and Elordi’s Nate Jacobs as the most tweeted about characters.

The show has had an equal impact on fashion as it has on social media. After the second season aired its first episode, fashion searches surged for pieces worn by the characters. According to Love the Sales, a fashion e-commerce aggregator, searches for “black cutout dresses” inspired by the Akna custom dress worn by Demie increased by 890 percent. Additionally, Sweeney’s blue House of CB dress from the first episode caused searches for “blue strappy dresses” to jump by 143 percent.

“Euphoria” is airing its second season finale episode on Sunday. The show has been renewed for a third season.

Click through the above gallery to see photos of some of the best fashion moments in “Euphoria” season two.