Europeans Turn Out for FNO

Consumers filled the streets of Paris, London, Milan, Berlin and other major cities as Fashions Night Out attempted to jumpstart the struggling retail scenes. 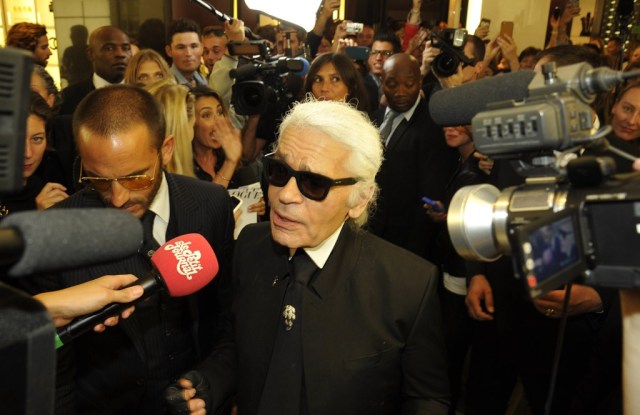 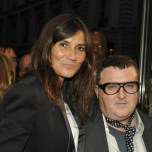 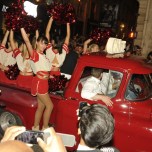 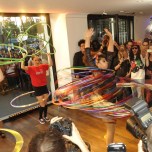 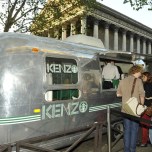 Hordes of consumers filled the streets of Paris, London, Milan, Berlin and other major cities in Europe tonight as Fashions Night Out attempted to jumpstart the struggling retail scenes.

In Paris, the event moved to Faubourg-Saint-Honoré, Madeleine and environs after three editions on swanky Avenue Montaigne.

Long lines snaked across the square in front of the Polish church on Rue Saint Honore, where tents housed a L’Oréal braid bar and Yves Saint Laurent makeup station.

After popping up at Dior, where there was rising French actress Béatrice Rosen, Alt and journalist Mademoiselle Agnès bumped into Lou Doillon on the Rue Royale.

The fashion muse and now singer turned 30 today and the FNO crowd sang “Happy Birthday” to her.

There was a crowded scene at Chanel on rue Cambon when Karl Lagerfeld showed up around 8.40 p.m. The store had been redecorated especially for FNO, picking up the fall collection’s theme: crystal. Lagerfeld remembered the day he turned 30. “I was in in Rome and my mother called me. She warned me that after 30, things start to decline,” he said. Commenting on Lou Doillon’s new album, he said he liked it. “Lou is modern, funny, smart. She is fantastic.”

It was also a mob scene at the Lanvin store on Rue du Faubourg Saint Honoré when Alber Elbaz showed up. The designer, who is set to host his show at the Beaux Arts during Paris Fashion Week, said he was chilling out, enjoying the evening before getting back to work.

A bit later in the evening, cheerleaders in T-shirts designed by Karl Lagerfeld for Chloé in 1977 did a performance in front of the forthcoming Chloé flagship store 253 Rue Saint-Honoré that is set to open in December.

Across the Channel in London, Mulberry, Liberty, and Burberry were the center of much of the action. The Mulberry store on Bond Street held an exclusive party before opening its doors to the public. Guests included Laura Bailey, Tallulah Harlech, Henry Holland, Roland Mouret, and British Fashion Council chairman Harold Tillman. They donned masks and crowns, posed in a photo booth and downed cocktails and seafood from J Sheekey. “It’s almost like a fashion festival for the kids, and it’s really, really fun,” said Holland.

On Great Marlborough Street, designers including Jonathan Saunders and Roksanda Ilincic were meeting their customers. “You can see what they like and what they don’t like and it’s just a great thing to do,” said Saunders. Ilincic, meanwhile, was signing sketches from her collection, and was in a reflective mood. “London has been quite a special place in the last several fashion weeks. I hope we can continue and live up to the expectations.”

On nearby Bond Street, Burberry hosted a live performance by the British band Southern during an evening dedicated to Art of the Trench, its digital photo gallery of trench coats worn by readers. Burberry plans to showcase Art of the Trench in 33 stores globally as part of the FNO initiative. Guests have the opportunity to be photographed on the night, and the images will be streamed live. Meanwhile, ten percent of all sales made at the FNO events will be donated to the Burberry Foundation, which helps young people achieve their potential through creativity.

Crowds flocked Milan’s third annual edition of Fashion’s Night Out, with noticeably less alcohol compared to the previous year, as Dean and Dan Caten were quick to point out. “We’ll get you fat, not drunk,” quipped Dan as the designers handed out cookies shaped like the T-shirts they were selling.

The excitement was palpable, however, as fans rushed to have their picture taken with Giorgio Armani inside his Montenapoleone store. “To be met with such enthusiasm still after all these years really touches me,” the designer said, referring to two Japanese Armani employees who excitedly waved their company id cards at him, hoping to catch his attention. “Although I am a man of a certain age, the affection of young people is incredible,” added Armani, who is currently working on an accessories-focused retrospective that opens on Sept. 23.

At Hogan, Pierre Sarkozy entertained with a DJ set, as Andrea Della Valle chatted with the store’s guests. “There is so much energy in the air,” he said. “This is a chance for a new generation to get closer to fashion.”

Gildo Zegna and Veronica Etro shared Della Valle’s optimism regarding the event’s positive impact. Etro said she is leaving for Russia this week, where she will host a runway show to celebrate the 10th anniversary of the brand’s partnership with Bosco dei Ciliegi. “Our show will take place at Dannilovskiy Market, a 17th-century food market that’s still open,” she said, noting that the brand has been linked with edibles before: “Once we showed at Esselunga, and once in a vegetable patch.”

The Missoni family demonstrated its continued attention to social justice, with a collection of limited edition rings made by women in Mali. Sales will benefit Edodé, a non-profit organization that provides African villages with water.

Away from Milan’s Golden Triangle, historic retailer Biffi was showcasing the works of Vogue’s “Who’s On Next?” talent contest winners. The designers — including Charline De Luca’s Carlotta De Luca, Gianluca Tamburini of footwear brand Conspiracy, Marco Bologna’s Marco Giuliano and Nicolò Bologna, Giancarlo Petriglia and Soojung Cha of Suzanne Susceptible — each created a product especially for Fashion’s Night Out. “It’s strange, but great to be here,” said Giuliano, adding the event provided a strong platform to develop business. De Luca and Tamburini are both working to introduce their collections in the U.S. market. “Tomorrow morning I fly to New York,” said De Luca, who studied architecture at the New York Institute of Technology. Tamburini said he is finalizing negotiations with a major department store.

Berlin greatly expanded its FNO scope, with more than 200 stores on both sides of town hosting late night shoppers. “Unlike other markets, shopping as an event — and for fun — is still fairly new here,” noted German Vogue editor-in-chief Christiane Arp of the FNO surge. Berlin being Berlin, there was also some artsy action to be had in addition to the beloved shopping plus cocktail plus DJ formula.Fashionably early, German Vogue got a jump on the proceedings Wednesday night with a private viewing of “Timeless Beauty: 100 Years of Fashion Photography from Man Ray to Mario Testino” at photography museum C/O Berlin. For the first time, Condé Nast opened its archives in New York, Paris, London and Milan to create this show of 160 prints. The display ranges from 1920’s pioneers Edward Steichen and George Hoyningen-Huene to Erwin Blumenfeld’s experimental works in the 40’s and those of Irving Penn in the 50’ and 60’s, and continues with Helmut Newton’s sexually revolutionizing images, and on further to Peter Lindbergh and Tim Walker’s very latest. Unlike the opening, which drew 4,000 trendy enthusiasts in mid-August, Vogue’s guests could actually get close enough to see this well edited selection, featuring other Condé Nast favorites such as Diane Arbus, Cecil Beaton, Corinne Day, Horst P. Horst, William Klein, Sarah Moon, Herb Ritts, Bruce Weber, Albert Watson, and more. After Berlin, the show will travel to Milan, Edinburgh and Tokyo.

Art went on the attack tonight at luxury shopping center Quartier 206, with street and urban artists Jacklin and Peter Kosock hosting a FNO face off. The 3-round battle was fought with spray cans and paintbrushes, with shoppers and party-ers cheering on their fave artists. Inside 206’s Departmentstore, a more style-heavy scene greeted the shop’s first Berliner Salon, which highlighted the best of the city’s young fashion designers, including Michael Sontag, Hien Le and Augustin Teboul.

FNO was also a fitting opportunity for a preview (three weeks before opening) of new fashion/art gallery Mila’s debut show of “Vogue-worthy” photographs of J.F.K. and Jacqueline Kennedy by Mark Shaw. Shaw took numerous formal and intimate shots of America’s most fashionable couple from the late 1950’s up to the photographer’s death in 1969. A steady contributor to Life Magazine, Shaw also made his mark as the first photographer to take backstage and color shots of the couture shows.

“What happens with FNO is that you have the right people on hand interested in all kinds of art. And as some of us know, a dress can also be an art piece,” remarked German Vogue’s Arp.