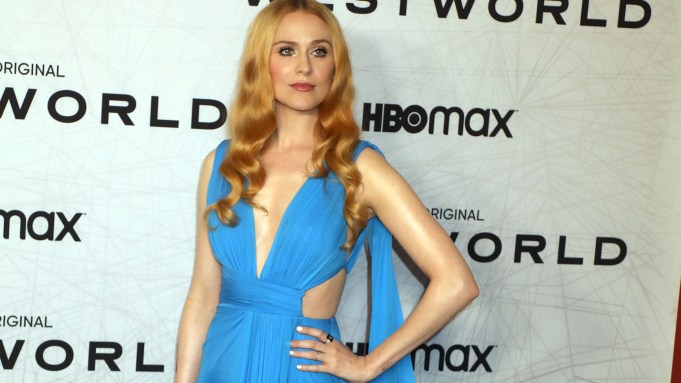 On Monday night, the actress wore a dress by Zuhair Murad from the label’s spring 2022 ready-to-wear collection featuring a plunging neckline, cutouts and a thigh slit paired with heels by Sophia Webster and jewelry by Fred Leighton. Her blond hair was down in loose waves.

She was styled by Samantha McMillen, who also works with the likes of Michelle Pfeiffer, Ana de Armas and Elle Fanning.

Among those who also attended the premiere, held at Alice Tully Hall in New York City, were the show’s other cast members such as Tessa Thompson, James Marsden, Ed Harris, Jeffrey Wright and Aaron Paul, among others.

The anticipated fourth season of the dystopian, science-fiction HBO hit show comes more than two years after the third season concluded in May 2020.

“Westworld” is based on a 1973 novel of the same name, depicting a fictional, technologically advanced Western-themed amusement park inhabited by android “hosts.” The park was meant for rich vacationers to live out their fantasies through artificial intelligence.