How Carine Roitfeld Went From Editor to Fashion Industry Icon

The former Vogue Paris editor and now style adviser to the Karl Lagerfeld brand has been a formidable player in the fashion world since the Nineties.

As a magazine editor, stylist and designer, Carine Roitfeld is one of the fashion industry’s most recognizable figures. It was announced today that the multihyphenate is taking a deeper dive into brand consulting as the newly appointed “style adviser” at the Karl Lagerfeld brand.

A longtime friend and collaborator of the late Karl Lagerfeld, Roitfeld will be continuing the pair’s relationship by joining the designer’s namesake label in a new advisory role meant to provide creative input and continue Lagerfeld’s vision. 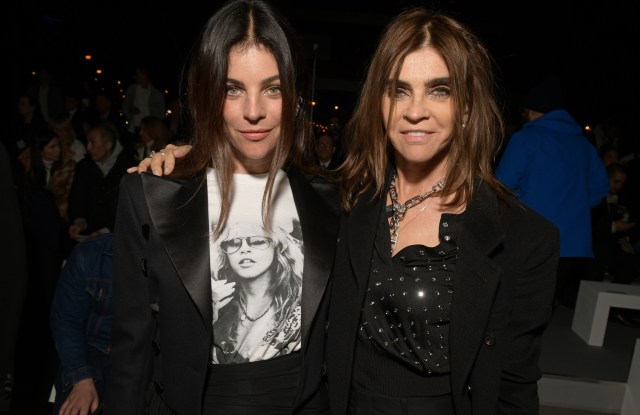 Roitfeld — who is receiving the Founder’s Award at the upcoming CFDA Awards in June — has been a formidable force in fashion since the Nineties styling for Tom Ford’s Gucci and Yves Saint Laurent and consulting for the likes of Missoni, Versace and Calvin Klein. In 2001, she transitioned into the role of editor in chief of Vogue Paris, where she infused her punk-rock and sensual aesthetic into the publication during her 10-year tenure, before founding her own magazine, called CR Fashion Book, in 2012. She’s also tried her hand at fashion design, teaming with Uniqlo for a number of capsule collections, and is currently set to launch her first line of fragrances.

From her sensual and edgy style to her many collaborations, here is everything you need to know about Roitfeld’s career.

How did Roitfeld get started in fashion?

Roitfeld first spent 15 years as a stylist and writer for Elle France. Through her role at the magazine, she forged a friendship with photographer Mario Testino starting in the Nineties. The pair was then tasked by Tom Ford, then creative director at Gucci, to come help revitalize the Italian brand, and then to collaborate at Yves Saint Laurent when Ford took over in 1999. The trio ushered in an era of sex appeal at both fashion houses, creating some of the most controversial ad campaigns, for instance, the infamous 2003 ad featuring the Gucci logo shaved into model Carmen Kass’ pubic hair. During the six years that Roitfeld worked alongside Ford, she served not just as a stylist but also as the designer’s muse. Ford would later tap Roitfeld’s daughter, Julia Restoin Roitfeld, as the face of his Black Orchid fragrance.

What was her time like as editor in chief of Vogue Paris?

As editor in chief of Vogue Paris from 2001 to 2011, Roitfeld frequently showed nudity, smoking and many images that sparked controversy. For example, in a 2003 feature model Lara Stone’s skin was painted completely black, which prompted backlash against the editor. Roitfeld remarked on the spread in an interview with WWD in 2010 when she revealed her decision to leave the magazine, stating: “Painting Lara Stone black, for example. We were accused of being racist, which was totally untrue, since I once did an entire issue on black model [Liya Kebede in May 2002].”

When did she start CR Fashion Book? 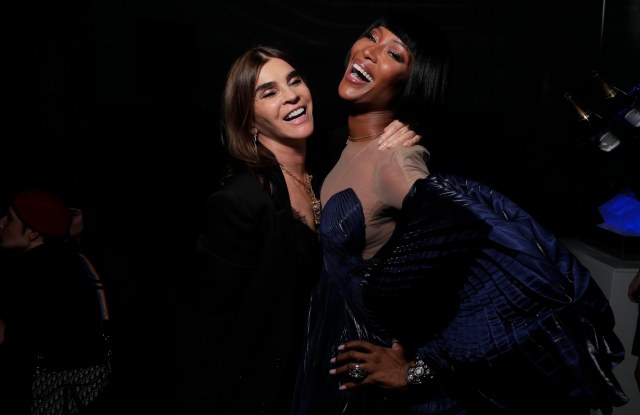 After leaving Vogue Paris in 2011, Roitfeld launched CR Fashion Book the following year. The biannual magazine debuted with a 340-page book and roughly 90 percent of the issue was dedicated to fashion shoots, with the remaining pages comprised of features stories. Through the years, CR Fashion Book has collaborated with the United Nations Children’s Fund with dual covers featuring Gigi Hadid and Halima Aden, worked with Estée Lauder on a charitable calendar benefiting the Breast Cancer Research Foundation and added a separate men’s magazine, called CR Men’s Book.

In February, it was revealed that Roitfeld will be scaling back her duties at the magazine, going from leading editorial to overseeing it. With a smaller logo also in place, Roitfeld is styling fewer shoots for each issue in order to focus more on collaborations and growing her client list for her creative studio and brand consultancy, CR Studio, which can now be seen as a sign of her taking on a larger role at the Lagerfeld brand.

What is her role at Harper’s Bazaar?

Also in 2012, Roitfeld was named global fashion director at Harper’s Bazaar where she creates multi-page fashion and celebrity spreads quarterly to appear in the magazine’s 32 international issues. She also helps create the magazine’s annual “Icons” issue and hosts the annual Icons Party, which has become the de facto kick off of New York Fashion Week in September.

Who has she collaborated with? 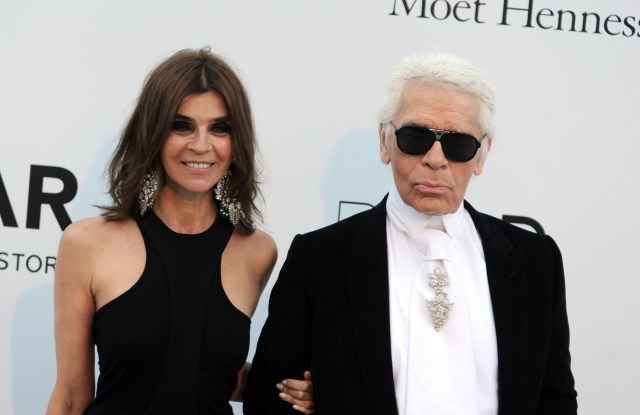 Roitfeld had a long professional relationship with the late Karl Lagerfeld. After leaving Vogue Paris, Roitfeld helped style the ad campaigns for Chanel’s fall 2011 and spring 2012 collections. In January, Lagerfeld also tapped Roitfeld to collaborate on his namesake label. The partnership kicked off in September with The Edit by Carine Roitfeld, which showed Roitfeld’s selection of pieces from the designer’s fall 2019 collection. The two also co-authored “The Little Black Jacket: Chanel’s Classic Revisited,” which featured famous names like Claudia Schiffer, Kanye West and Sarah Jessica Parker, among others, wearing the classic tweed Chanel jacket.

Now as the official style adviser to Lagerfeld’s brand, Roitfeld will work on its next three seasons, with the opportunity to extend the partnership. She will not be designing collections, but rather will provide creative input and ensure the products fit Lagerfeld’s vision.

Roitfeld has previously dabbled in fashion design. In 2015, she joined forces with Uniqlo, creating a number of capsule collections based on her signature edgy style. Roitfeld also collaborated with MAC Cosmetics in 2012, where she developed products to re-create her signature smoky eye look. In 2011, Barneys New York tapped Roitfeld to create the retailer’s fall women’s campaign, which Roitfeld dubbed “Carine’s World.” Roitfeld was also featured in the 2013 documentary, “Mademoiselle C,” which documented the launch of CR Fashion Book.

What awards has she won? 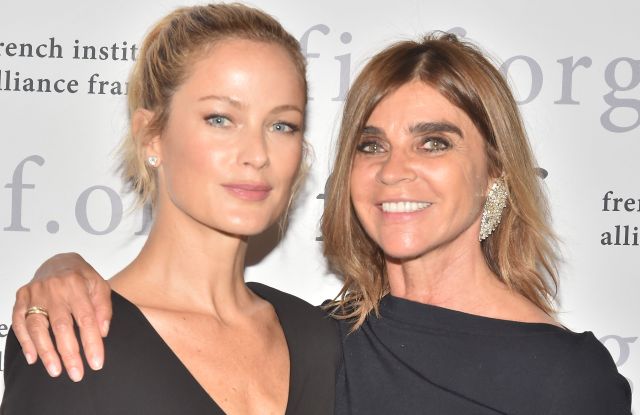 In June, Roitfeld will receive the Founder’s Award by the Council of Fashion Designers of America at the CFDA Awards. She’s previously won the French Institute Alliance Française Art de Vivre Award to honor her contributions to the promotion of the French art of living, which was presented to her in 2017 by Carolyn Murphy, and she received the magazine of the year award at the Daily Front Row Fashion Awards for CR Fashion Book the prior year, which was presented to her by Gigi Hadid.

What is she working on now?

Roitfeld is gearing up to release her first namesake fragrance line, which is set to exclusively launch on Net-a-porter in May. The line will launch with a collection of seven unisex fragrances inspired and named after international cities. She’s also focusing on brand consultancy through CR Studio, where in addition to the Lagerfeld brand she is working with Chanel and Tom Ford. Recently, Roitfeld helped create the latest ad campaign for Jordache. On June 13, Roitfeld is teaming up with LuisaViaRoma to launch CR Runway, a new fashion show format that aims to pair top fashion designers with models. Roitfeld will curate 90 fall looks for men and women in the Nineties-themed show, which also celebrates the multi-brand store’s 90th anniversary.