The late Karl Lagerfeld’s right-hand woman is the first female designer to take helm of the brand since Gabrielle Chanel herself.

Soon after the news on Feb. 19 that Karl Lagerfeld passed away at the age of 85, Chanel revealed that his right-hand woman, Virginie Viard, would be stepping into his shoes as the fashion house’s new artistic director.

While Viard has been at Chanel for more than 30 years, the designer has largely kept out of the spotlight, unlike Lagerfeld and his animated personality. Nevertheless, Lagerfeld and Viard had a close working relationship, one that once led him to state: “She is my right arm and my left arm.” 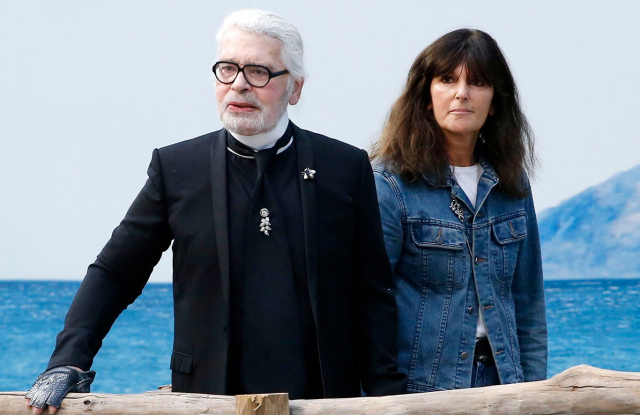 With Viard’s appointment, chief executive officer Alain Wertheimer has pledged to continue Lagerfeld’s legacy at Chanel, which will be presenting its first collection without the late designer on March 5.

From her signature punk look to her lengthy design experience, here is everything you need to know about Viard.

How did she get started in fashion design?

Born in 1962, the designer hails from Lyon, France, where her grandparents worked as silk manufacturers. Viard studied theater design at the Cours George and then became the assistant to costume designer Dominique Borg.

How did she start at Chanel?

In 1987, Viard began interning at Chanel after being recommended to the brand by the chamberlain to Prince Rainier of Monaco. She was then quickly put in charge of the house’s embroidery. Developing a close professional relationship with Lagerfeld, Viard left Chanel for Chloé when the designer — who previously designed for Chloé from 1963 to 1983 — returned to the label for the second time in 1992. Viard then left Chloé with Lagerfeld in 1997, returning to Chanel as the coordinator of haute couture. In 2000, Viard became director of Chanel’s creation studio, where she oversaw the haute couture, ready-to-wear and accessories collections. She worked closely with Lagerfeld on all 10 collections that Chanel produces each year.

When did she make her runway debut? 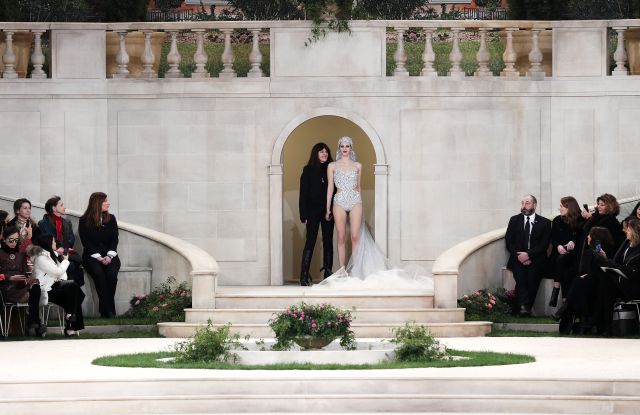 Viard began taking a bow alongside Lagerfeld at the end of each Chanel show starting with the Cruise 2019 show last May in Paris. While Lagerfeld was known for his signature white ponytail and dark sunglasses, Viard has her own signature look: kohl-rimmed eyes, blunt bangs and all-black outfits. For Chanel’s last couture show in January, Viard took her bow solo at the end of the show, with the brand explaining that Lagerfeld was absent because he was tired.

What is her role now at Chanel?

Viard will be taking over Lagerfeld’s role, overseeing all of Chanel’s collections going forward. She has been officially appointed as artistic director of fashion collections, including haute couture, rtw and accessories. This marks the first time a female designer is taking the helm of the brand since Gabrielle Chanel herself.