It’s the Swedish label’s second collaboration with the basketball player, who starred in the Acne Studios spring 2019 campaign.

Russell Westbrook models a silhouette from his collection with Acne Studios.

TEAM PLAYER: According to Acne Studios creative director Jonny Johansson, the inspiration for the label’s capsule collection with basketball player Russell Westbrook was simple: “Denim and Russell — nothing more, nothing less.”

After casting the Houston Rockets point guard in its spring 2019 campaign, the Swedish label is continuing its creative partnership with Westbrook by debuting a 10-piece denim-heavy men’s wear collection, which includes outerwear, oversize shirts, jeans and shorts.

In addition to an Eighties-style light blue acid wash denim, the boxy silhouettes were also done in a turquoise version, Westbrook’s favorite color. The hue was used on a half-zip Windbreaker featuring a large patch pocket on the front and drawstring hem as well as a denim utility vest with oversized front pockets and piping along the seams. 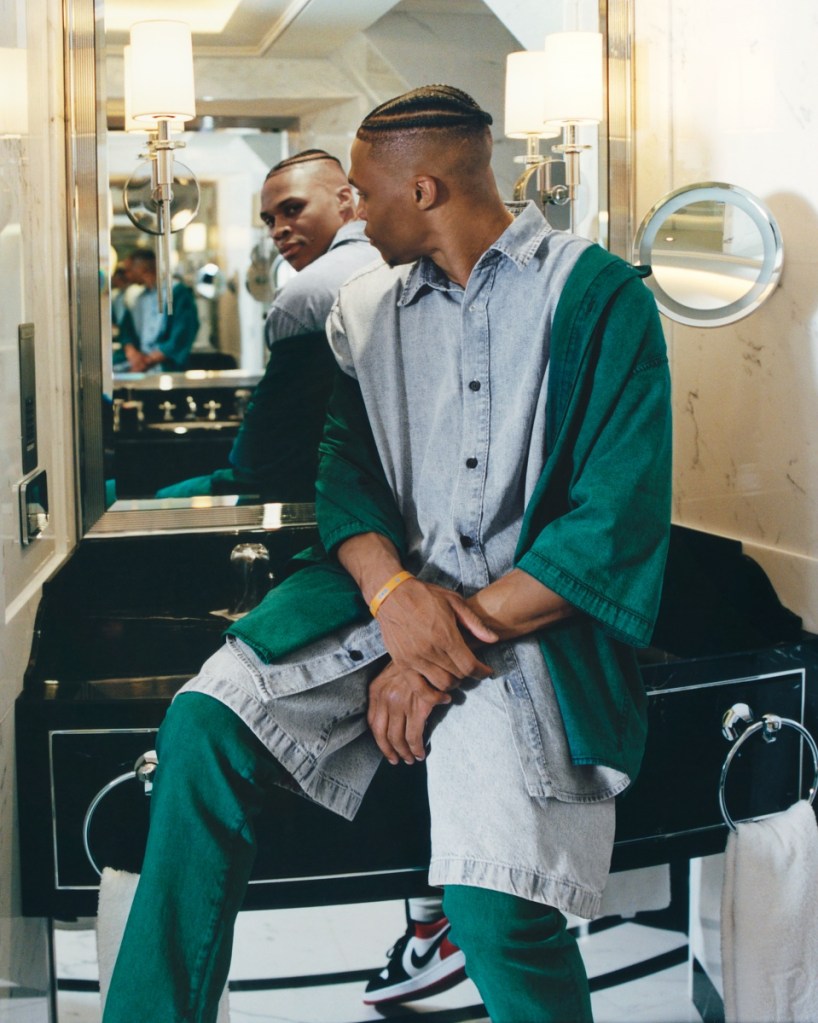 Russell Westbrook models a silhouette from his collection with Acne Studios.  Courtesy

“Acne Studios is known for their denim and their different washes, and I wanted  to do something almost with an old school vintage vibe,” Westbrook said in a statement. “The designs are a combination of what I like to wear all the time, more fashion statement pieces and updated looks from the late Eighties and early Nineties. Those long, slightly oversize denim shorts — that’s how I used to wear them.”

The NBA star, who has his own clothing line named Honor the Gift, had fun perfecting the design process that led to his first collection with Acne Studios.

“That was the best part: the back and forth about details where we talked like ‘change this zipper, change this color, move this seam, try a different fabric,’” Westbrook said. “Everything from the look of the shorts, the materials, the stitching, the patches, the labels — all that stuff was important because they make the piece come to life.”

For Johansson, who confessed a fascination for the connection between sportswear and ready-to-wear, it was important that Westbrook, an athlete known for his edgy off-the-court looks, added his personal style to the collaboration.

“Russell brought his style, which is about being timeless in a sense,” the designer said in a statement. “He has a certain vibe that we tried to capture, but he also had thoughts about things like the color palette or certain design details. It was great going back and forth with him to make this capsule collection representative of [both sides].”

The Russell Westbrook x Acne Studios capsule collection will be available in selected Acne Studios store and on the label’s web site, as well as on Highsnobiety.com. 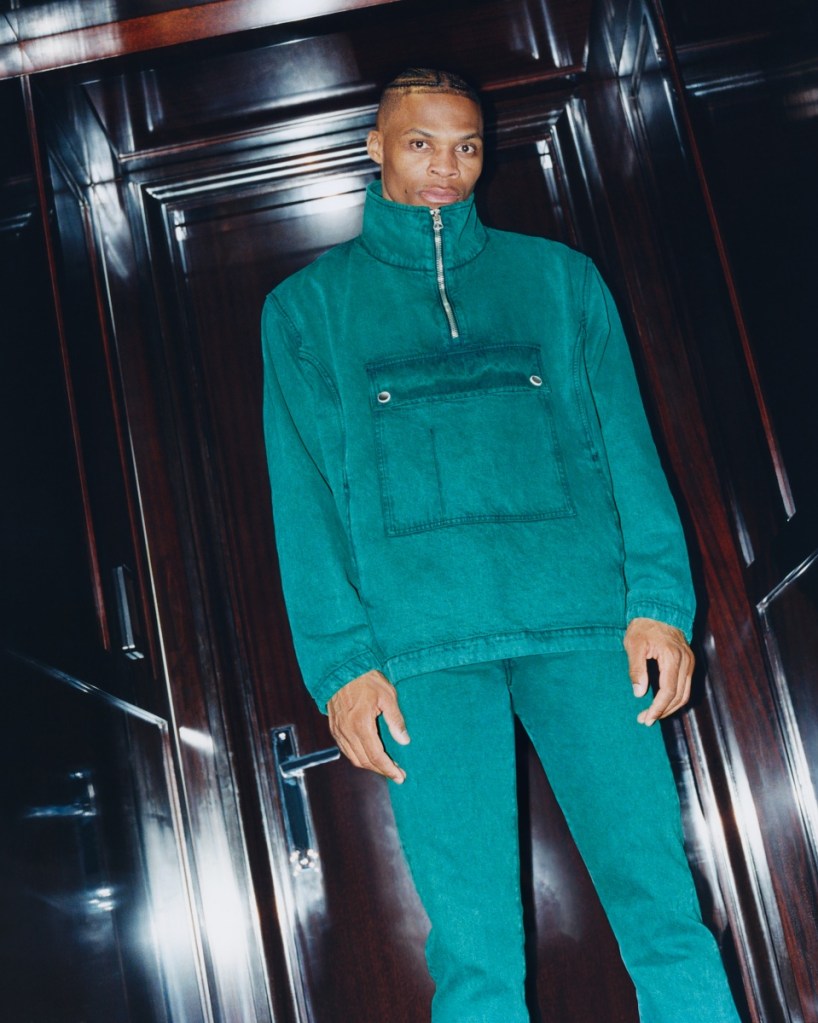 Russell Westbrook models a silhouette from his collection with Acne Studios.  Courtesy