Christian Louboutin has partnered with actor and musician Quincy Brown for a short film in promotion of the brand’s first luxury runner for men and women, “Run Loubi Run.”

Brown, the 27-year-old “adopted” son of Sean “Diddy” Combs who has been seen on the series “Star,” has produced, directed and starred in a short film that features his newest single, and will be shown at a party on Tuesday night at the Public, as part of NYFW.

“It all started at Paris Fashion Week,” Brown says of his relationship with the brand, which began with his visit to the dance-performance presentation in Paris. “I attended the show, which blew my mind. They took a very, very different approach, an approach that may take the average person a little to soak in. You’re looking at something and you want to find the deeper meaning in it. I went through so many emotions just watching it. It didn’t feel like choreography, more like freestyle.”

Brown says he sees fashion as a natural progression for his career as a multi-hyphenate creative.

“These past few years have kind of been my introduction to fashion. I’ve juggled a lot, I do so much, and finding where everything fits naturally and organically for me is something that I like. I never like anything to feel forced,” he says.

His whole vision for Louboutin will be revealed on Monday, but he did disclose the video will feature new music — another platform he is looking to conquer.

“I decided an EP is necessary. With everything going on with acting and fashion, music is that third component,” he says. 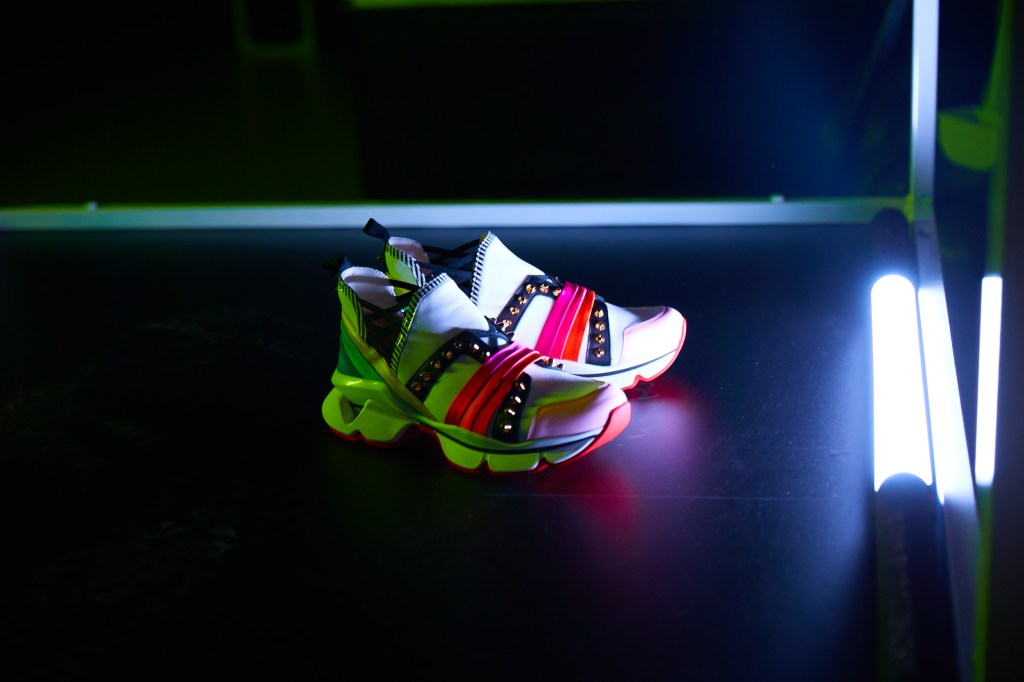