Guests at the Dior show will have a preview of the inaugural exhibition at the new art space, set to open to the public on Dec. 4.

The interior of the new Rubell Museum in Miami.

THE ART OF SURPRISE: Guests at Dior’s pre-fall men’s wear show in Miami on Dec. 3 will get even more art than they bargained for: The collection will be shown within the grounds of the new Rubell Museum on the eve of its official opening to the public.

Dior men’s wear designer Kim Jones will plant his tent in a space directly across the street from the Rubell Museum, formerly known as the Rubell Family Collection. Located in the Wynwood neighborhood of Miami since 1993, it is moving into larger premises in a converted industrial building in nearby Allapattah.

Guests at the Dior show, set to take place two days before the opening of the Art Basel Miami Beach art fair, will get a sneak peek of the venue’s inaugural exhibition.

The 100,000-square-foot Rubell Museum, designed by Selldorf Architects, features 53,000 square feet of galleries displaying works from the collection of Don and Mera Rubell, alongside flexible spaces for performances and events, an art research library, a bookstore and a restaurant that opens onto a courtyard garden.

It’s scheduled to open on Dec. 4 with a show of more than 300 works by 100 artists, in what is being billed as one of the most far-ranging museum exhibitions of contemporary art ever presented. It will include works by Cindy Sherman, Richard Prince, Jeff Koons, Kehinde Wiley, Anselm Kiefer, Barbara Kruger and Yayoi Kusama. 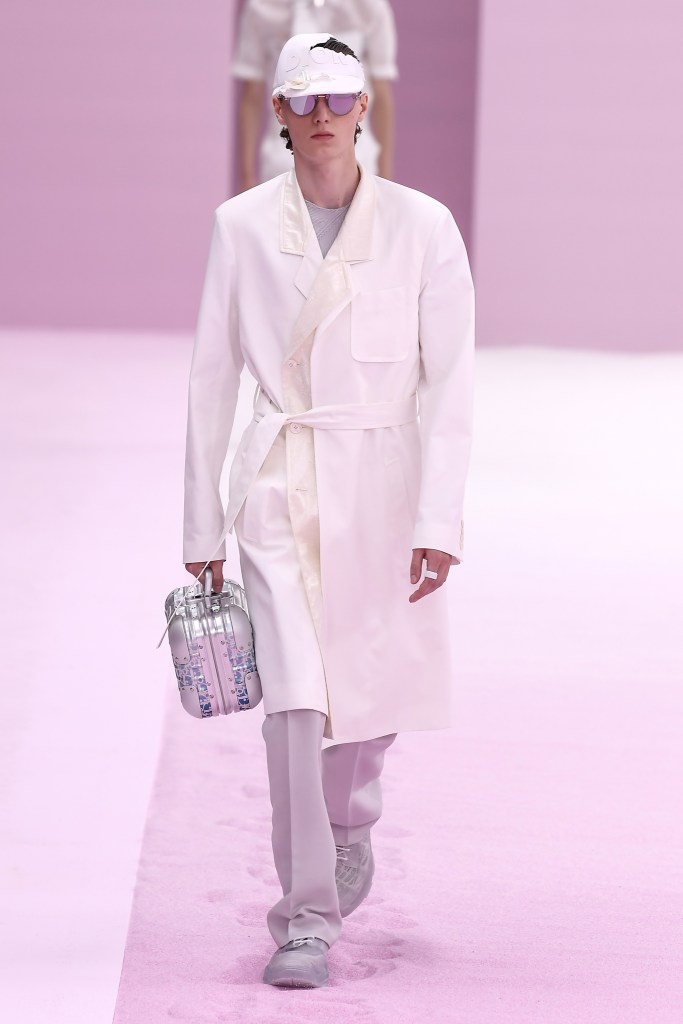 Jones has collaborated with artists including Kaws, Raymond Pettibon and Daniel Arsham on his previous Dior men’s collections, but said he was taking a slightly different approach this time around.

“I’m working with someone who is technically an artist, because their line work is brilliant, but that’s not what their background is,” he teased in an interview with WWD last month. “Their handwriting and signature is famous worldwide, but it’s a different thing.”

The choice of location reflects not just Dior’s long-term relationship with the U.S., but also the strategic importance of the U.S. market, which accounted for 23 percent of sales at parent company LVMH Moët Hennessy Louis Vuitton in the first half of 2019.

The luxury giant announced on Monday it has acquired jeweler Tiffany & Co. for $16.2 billion, consolidating its foothold in the American luxury sector following the launch earlier this year of a new luxury house, Fenty, with singer Rihanna, and the opening of a Louis Vuitton leather goods factory in Texas in October.