The designer chose Amanda Harlech, Kaia Gerber and Tyler Mitchell to be part of his jury at the fashion festival.

PARIS — Jonathan Anderson, creative director of both Loewe and his own brand JW Anderson, is to preside over the fashion jury of the 35th edition of the Hyères International Festival of Fashion and Photography, set to take place from April 23 to 27.

It’s the first time an Irish designer is chosen for the position. “I hadn’t really thought about that, but that does make it exciting,” laughed Anderson, who will be attending the Hyères festival, which is located in the South of France, for the first time.

“I’ve been following what has been going on at Hyères over the years,” he told WWD. “It has really become an iconic festival for young talent, and it’s fun to get involved and see how I can help. Also, everybody always seems to have a great time there — the landscape and setting are so beautiful.”

Anderson is no stranger to talent competitions. The designer, who created his own brand in 2008 and joined Loewe in 2013, created the Loewe Craft Prize in 2016 and is one of the jury members of the LVMH Prize for Young Fashion Designers, which has helped spotlight talent such as Marine Serre and Grace Wales Bonner.

“It’s a big honor to have been chosen for Hyères, but also a responsibility as part of the industry; we have to look out for the next generation,” he said. “New talent must come up continually in order for fashion to survive.”

To pick his jury, the 35-year-old fashion designer asked himself a simple question: “Whose opinion do I trust? The people I’ve chosen for Hyères are people I have worked with for various projects and who I deeply trust, like a fashion family.” 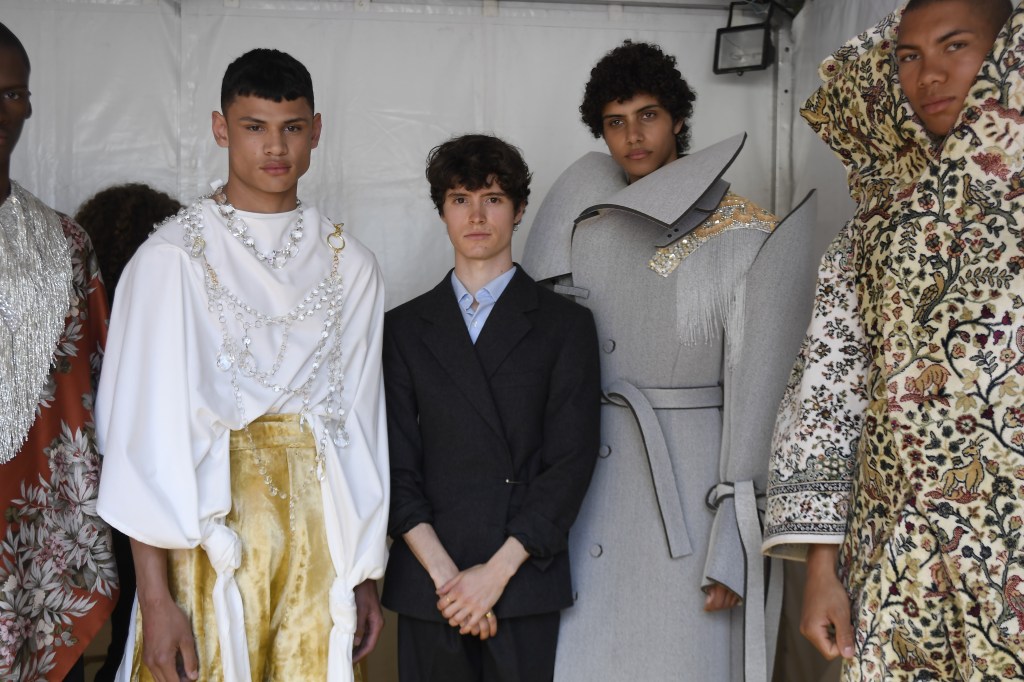 “These are all people I go to for advice,” Anderson said of his jury. “For example, Amanda and I have been friends for a very long time, she has supported me from my very first collections. She’s always there at the frontline of all of my shows.”

The names of the 10 fashion finalists will be unveiled on Wednesday evening during a cocktail held in Paris to celebrate the fashion festival’s 35th edition, where the finalists for the festival’s photography and accessories prize will also be announced.

“It was interesting for me to go through the finalists with the jury, because it really gave me an idea of what the industry as a whole is looking for,” said Anderson, who said he was on the lookout for “people with a distinct, defined viewpoint.”

The fashion designer will also be organizing an exhibition at the Villa Noailles, where the festival is held, focusing on his work both at Loewe and JW Anderson. “It will be a look back at the work I have done for both houses, men’s and women’s, in the last 12 years,” he said.

Founded and headed by Jean-Pierre Blanc, the festival has been a launchpad for many fashion designers, including Paco Rabanne’s Julien Dossena, Viktor & Rolf, Anthony Vaccarello and most recently Rushemy Botter and Lisi Herrebrugh, who were named creative directors of Nina Ricci mere months after winning Hyères and reaching the final stage of the LVMH Prize.

Photographer Paolo Roversi will head the jury for the festival’s photography prize, while Hubert Barrère, artistic director of Chanel Métiers d’Art house Maison Lesage, will take the lead for the accessories prize, sponsored by Swarovski and now in its fourth year.