The tribute designs are to be displayed during Paris Fashion Week in September, and sold in aid of medical research.

GET SHIRTY: Many designers wished they had created blue jeans — among the most enduring of contemporary garments.

“If you ask me what I’d most like to have invented in fashion, I’d say the white shirt. For me, the white shirt is the basis of everything. Everything else comes after,” he once said.

Five months after the passing of the iconic designer, a host of his famous friends are coming together for “A Tribute to Karl: The White Shirt Project.” Cara Delevingne, Diane Kruger, Kate Moss, Amber Valletta, Lewis Hamilton, Tommy Hilfiger, Alessandro Michele, Takashi Murakami, Carine Roitfeld, Sébastien Jondeau and others are to design their own interpretation of Lagerfeld’s famous white shirt — a high, well-starched collar, as synonymous with him as a white ponytail and dark glasses. 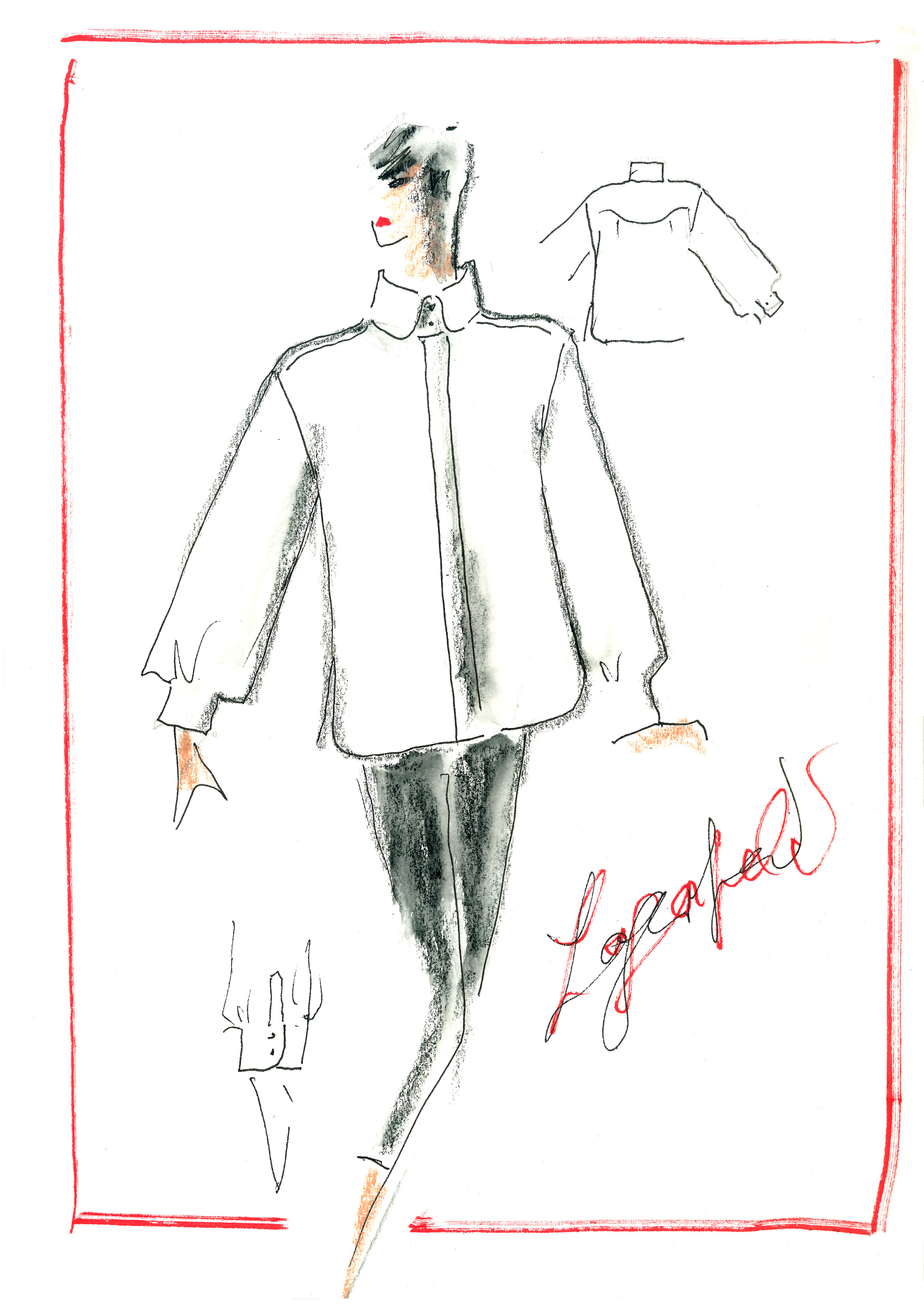 Karl Lagerfeld’s original sketch of the white shirt that will be used for the tribute.  Courtesy Photo

Overseen by Roitfeld, style adviser at the Lagerfeld brand, the project is to benefit the French charity Sauver la Vie, which funds medical research at the Paris Descartes University.

All of the shirts are to be displayed during Paris Fashion Week in September at Karl Lagerfeld’s headquarters on the Rue Saint-Guillaume, and seven designs will be replicated 77 times and sold for 777 euros each, with all proceeds donated to Sauver la Vie, which Lagerfeld supported — quietly — for many years. (Seven was Lagerfeld’s favorite number, his favorite arrondissement of Paris and the address of of his bookshop on the Rue de Lille.)

“The participants in this tribute are all people who Karl knew, who he felt connected to, or who inspired him,” said Pier Paolo Righi, chief executive officer of the Karl Lagerfeld fashion house. “After Karl’s passing, so many people wanted to share their admiration for Karl and express their emotions.”

The logo of the Karl Lagerfeld tribute.  Courtesy Photo

He characterized the white shirt as the perfect conduit for a personal message — “a very unique and intimate way of relating back to Karl.”

Lagerfeld famously bought his shirts from Hilditch & Key on the Rue de Rivoli, and he extolled the luxury of donning such a crisp, pristine garment. He also wore custom-designed smocks at home for sketching, even though he confessed it was a dirty job.

The Lagerfeld house has been hyper-active in recent months, rolling out a fleet of special capsules by Roitfeld, one of the late designer’s close collaborators; fashion entrepreneur Olivia Palermo, and Jondeau, his longtime personal assistant and bodyguard. The affordable luxury label has been growing at a double-digit clip.

Roitfeld noted the white shirt project would “allow us to honor his legacy while incorporating his unwavering love of fashion and giving back; I can’t imagine a better way for us to celebrate his passion for creativity.”

Cara Delevingne Performs at ‘Karl For Ever’ Memorial Event