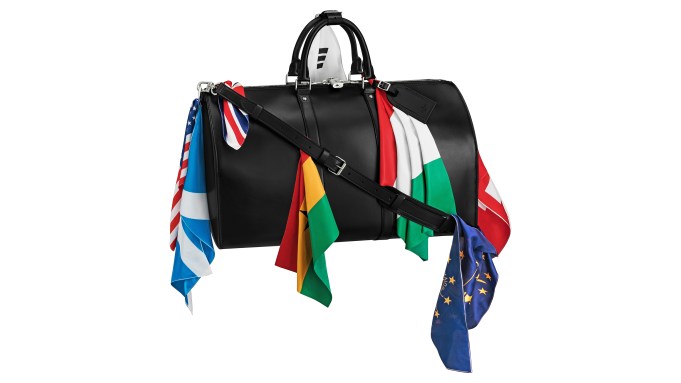 The Louis Vuitton pop-up tour continues, heading to New York City to host its next temporary retail location centered on the house’s men’s collection designed by Virgil Abloh. The store will be open from July 12 through July 21.

The 6,000-square-foot pop-up opening at 100 Rivington Street in the Lower East Side will carry the fall 2019 collection in a monochromatic space covered entirely in neon green, including the interior, exterior, furniture and figures.

Pieces available will include flag prints, monogrammed accessories, leather goods, shirts and sweaters featuring the “New Walkers” print inspired by New York City and the models who walked the show and a new version of the LV “Skate” trainer inspired by vintage skateboarding sneakers.

The French fashion house chose to open in the Lower East Side to reference the grungy, downtown setting of the men’s show in Paris last January, but also because the house doesn’t have a presence in the neighborhood made popular by streetwear and sneaker shops such as Reed Space and Alife, among others.

Louis Vuitton opened pop-ups in London, Shanghai in October, New York City and in Tokyo in January, which, as WWD reported in January, sold 30 percent more than the Supreme x Louis Vuitton collection the first 48 hours. The New York City pop-up is the third under Abloh’s direction, following the Chrome Hearts installation in January, and the recent Chicago pop-up in June that coincided with the designer’s retrospective at the Museum of Contemporary Art.

The Chicago pop-up, which closed on July 7, launched the first drop for the fall collection — a capsule lineup of all-orange accessories that was sold exclusively at the store.