EXCLUSIVE: Rita Ora Collaborates on Footwear Line With ShoeDazzle, Opens Up About Struggles as a Woman in Music

The collection will be available on Oct. 1.

England’s Rita Ora is an entertainer. She’s a singer and songwriter. She’s appeared in films like “Fifty Shades of Grey” and in television as an actress, but also as a host of “America’s Next Top Model” and a judge on the U.K.’s version of music game show “The Masked Singer.” She’s a businesswoman, with many endeavors and often making the list of the U.K.’s wealthiest female stars. In fashion, the 29-year-old has collaborated on collections with Adidas and Giuseppe Zanotti. Now, she’s launching a footwear line with ShoeDazzle, out Oct. 1.

“I felt that it was really important to partner with someone I knew who understood the importance of accessibility, especially given the times that we live in,” said Ora, calling from London on Tuesday. “ShoeDazzle has really always kind of understood the need of access and affordability, which was of big importance for me. So, working with them felt like a natural fit. I’m a hands-on kind of girl….We put an enormous amount of thought and detail into making the shoes.” 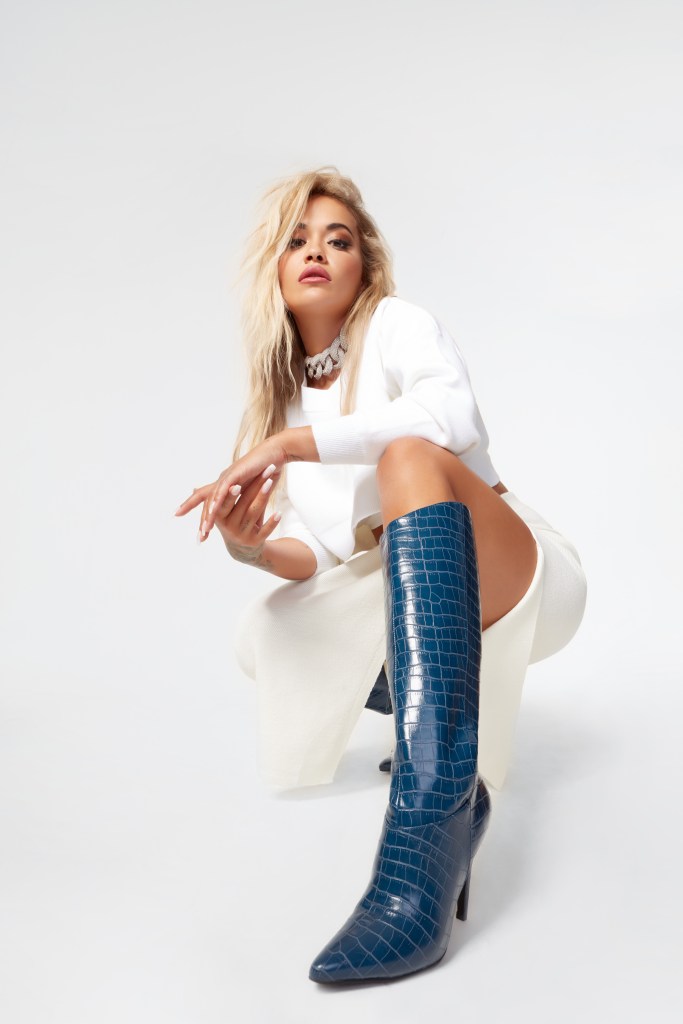 Rita Ora x ShoeDazzle will be released on Oct. 1.  Courtesy

The line offers a range of options: sneakers, heels and boots costing between $32.95 to $59.95. (VIP members of ShoeDazzle — a California-based online subscription service — receive discounted prices.)

“Fashion has always been a passion of mine,” Ora continued. “I love how it’s constantly changing and evolving. And I love experimenting with loads of different looks.”

Ora can often be seen sitting front row at fashion shows. Just last month she was in Milan at the Fendi show, pictured alongside “Normal People” actor Paul Mescal.

“It was definitely a new experience with all the new protocols, you know, placed,” she remarked. “But I loved every minute of it. It felt so good to return to fashion week and see all of my friends that are in fashion. And I’m glad that we could do it in a safe way.”

The inspiration behind the ShoeDazzle designs, available at Shoedazzle.com/ritaora, were “from the experiences I’ve had, from trips I’ve taken, from places I’ve lived in and music I’ve performed,” she said, adding that she was on her way to a music studio.

She’s been working on her third album, along with other undertakings. There’s “new music for sure, new movies and a project that I’m associated with that I’m not technically in, but it’s just something that I’ve been working on, you know, so it’s good to be able to go behind the scenes as well as in front of the camera,” she teased, without sharing more. 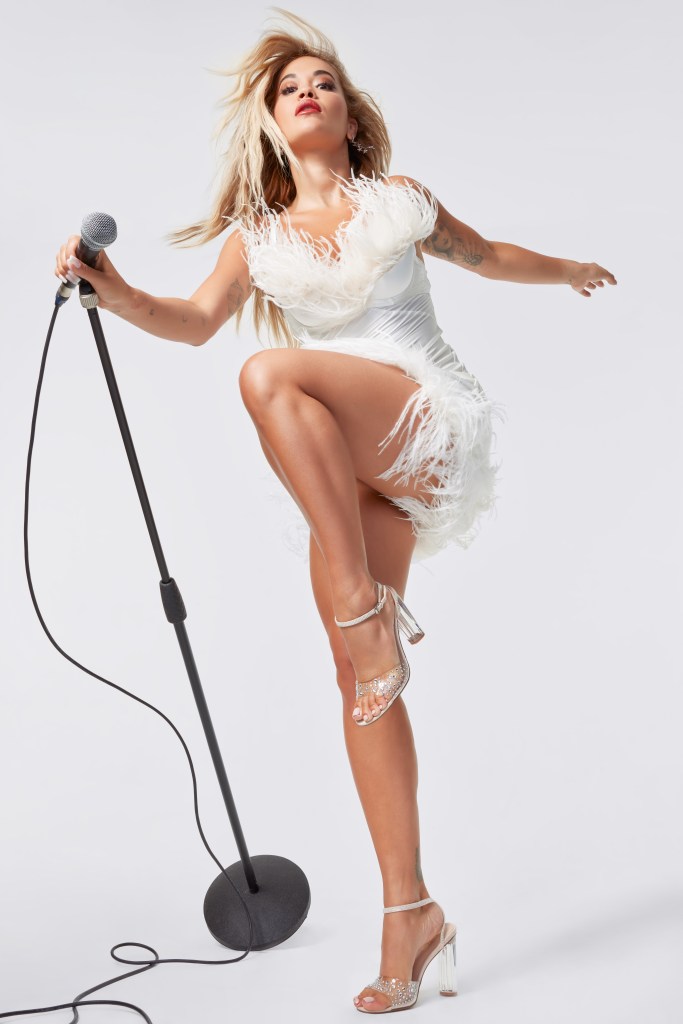 The collection includes sneakers, heels and boots priced between $32.95 to $59.95.  Courtesy

Typically on the move, she slowed down this year due to the pandemic. “It’s been a challenge for all of us, for me, to adapt,” she said. “We are all trying to figure it out, you know, the new normal….I’m very looking forward to, I guess, this year being over. I think everyone is.”

In the summer, she spent her time reading, writing and recording music, she added. “And just really taking a moment to stand still, which is a big change for me. I was really able to reflect and center my mind-set and really focus on my mental health, honestly.” She’s looking forward to offering “an escapism” through her work, she said. And with the new shoe line, she hopes fans and consumers feel inspired “and really use it as part of their self-expression. I really love when people use fashion to express who they are, sort of what I do all the time.” 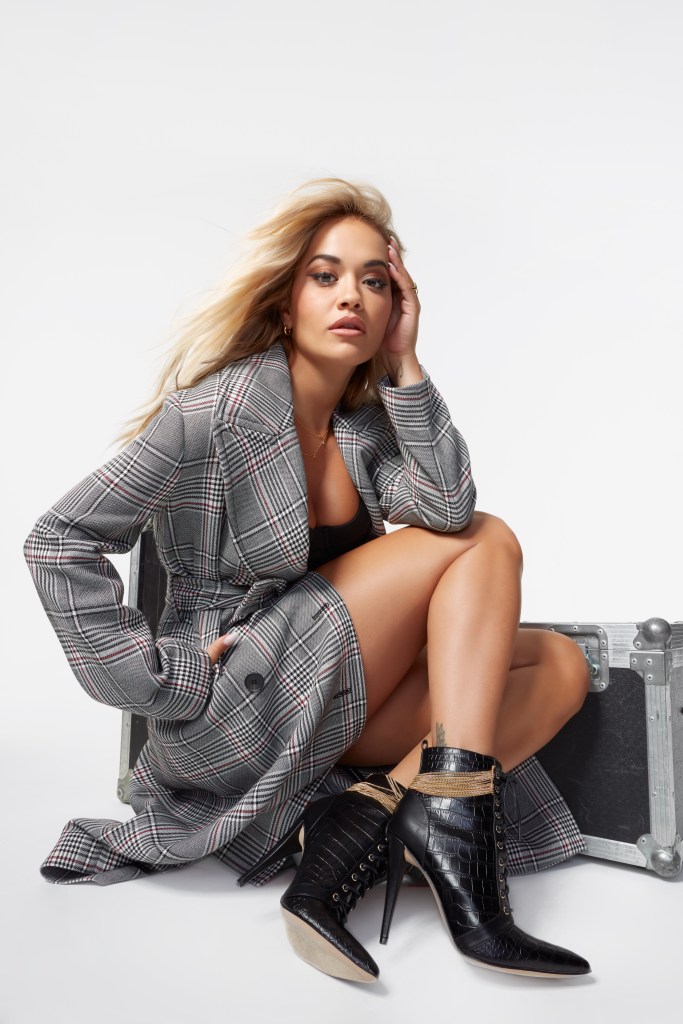 “Fashion has always been a passion of mine,” shared Rita Ora.  Courtesy

She perked up when asked about her partnership with ShoeDazzle to launch Women of the Future Fund, a $100,000 investment that will be awarded in grants to three women working in creative industries. (Though she was raised in London, Ora was born in Yugoslavia, which is now the Republic of Kosovo, to Albanian parents, and has been open about her childhood as a refugee. She’s often supporting charitable organizations, including advocating for UNICEF U.K.)

“I’m so happy you asked that,” she said of the fund. “It is really important, because there are so many challenges that come with being a woman in a creative field. I know I’ve struggled with many over the years. We’re often dismissed and not really taken that seriously sometimes. There are those who don’t think we have what it takes to make it, and we are often asked to sort of compromise our vision. Representation in key positions in creative industries is also an issue. It’s an issue in every industry. That’s why the Women of the Future Fund is really important to me. It’s about creating opportunities for women who are out there giving it their all every day. By setting up this fund, we are creating a change in real time and making a difference in people’s lives.” 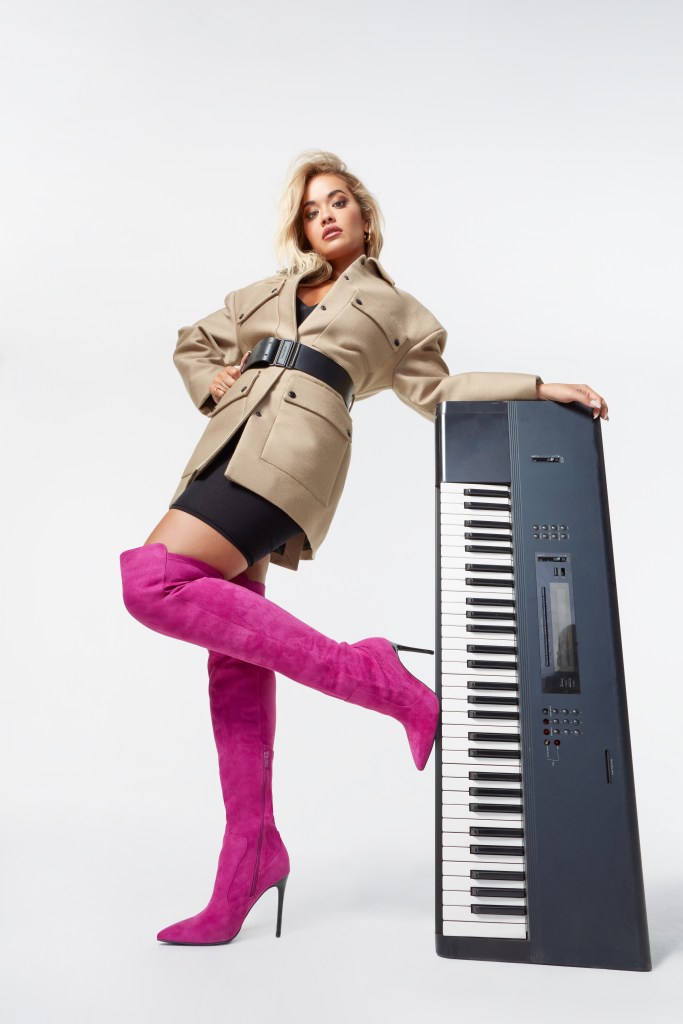