The show juxtaposes movie costumes from Roman ateliers and couture and ready-to-wear pieces from the likes of Christian Dior and Cristóbal Balenciaga.

A view of the Romaison 2020 exhibition.

An exhibition in Rome is highlighting the city’s long-standing tradition of the “sartorie di costume,” or costume atelier and the relationship between the film and fashion industries. Rome with its Cinecittà studios is considered Italy’s capital of cinema.

Called “Romaison 2020” and mounted at the Ara Pacis museum, the showcase runs through Nov. 29 and is curated by fashion critic and historian Clara Tosi Pamphili. It gathers the works of the leading costume ateliers in Rome, including Annamode, Costumi d’Arte — Peruzzi, Sartoria Farani, and Laboratorio Pieroni, Tirelli Costumi, which have provided the attire for blockbuster movies such as Bernardo Bertolucci’s “The Last Emperor,” the 1963 movie “Cleopatra” starring Elizabeth Taylor and Pierpaolo Pasolini’s “Salò.”

They are juxtaposed against couture and ready-to-wear pieces from the likes of British couturier Charles Frederick Worth, French designers Paul Poiret and Madame Grès, as well as Christian Dior and Cristóbal Balenciaga. 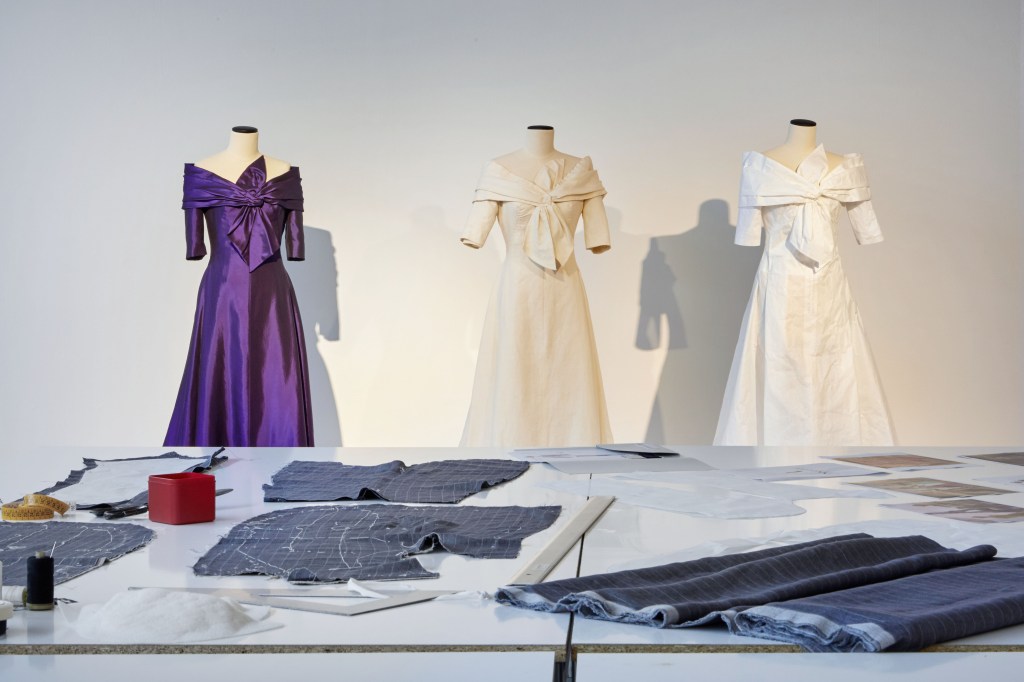 Coinciding with the exhibit’s opening, organizers have unveiled a project in collaboration with fashion curator Olivier Saillard slated for 2021. A performance curated by the former director of the Palais Galliera in Paris called “Embodying Pasolini” and starring Scottish actress Tilda Swinton will highlight the costumes create by Roman ateliers for the movies directed by Pasolini.

Swinton and Saillard have teamed up in the past, including for the 2012 film “The Impossible Wardrobe” and the 2013 movie “Eternity Dress.”

“Rome as the capital of creativity,” enthused Virginia Raggi, the city’s mayor. “The exhibit tells the story of a unique city where fashion and cinema have established a creative system recognized all over the world. Marquee directors and international productions choose Rome [to film] their masterpieces,” she said.

Raggi noted that despite the current situation, with the number of COVID-19 cases spiking in the second wave in Italy, Rome still represents the place to go for movie makers and costume designers. “Cinema inspires fashion and vice versa…the exhibition is an homage to the history and ability of the Roman’s ateliers,” the mayor noted.

“This great industry is an example of excellence and tangible circular economy, a cultural asset thanks to which costumes can be readapted, blending innovation, sustainability and conservation…in a way that configures them as sources of study and research for the international fashion houses and fashion schools,” Raggi explained.

Further showcasing the cross-pollination between costume creation and fashion, images of international divas hang on the walls, ranging from Donyale Luna — the first Black model to appear on a Vogue cover in 1966 — taken from her appearance in Federico Fellini’s “Satyricon,” to Silvana Mangano adorned with a Bulgari amethyst parure in Luchino Visconti’s “Conversation Piece” and Jane Fonda in the sci-fi film “Barbarella.” 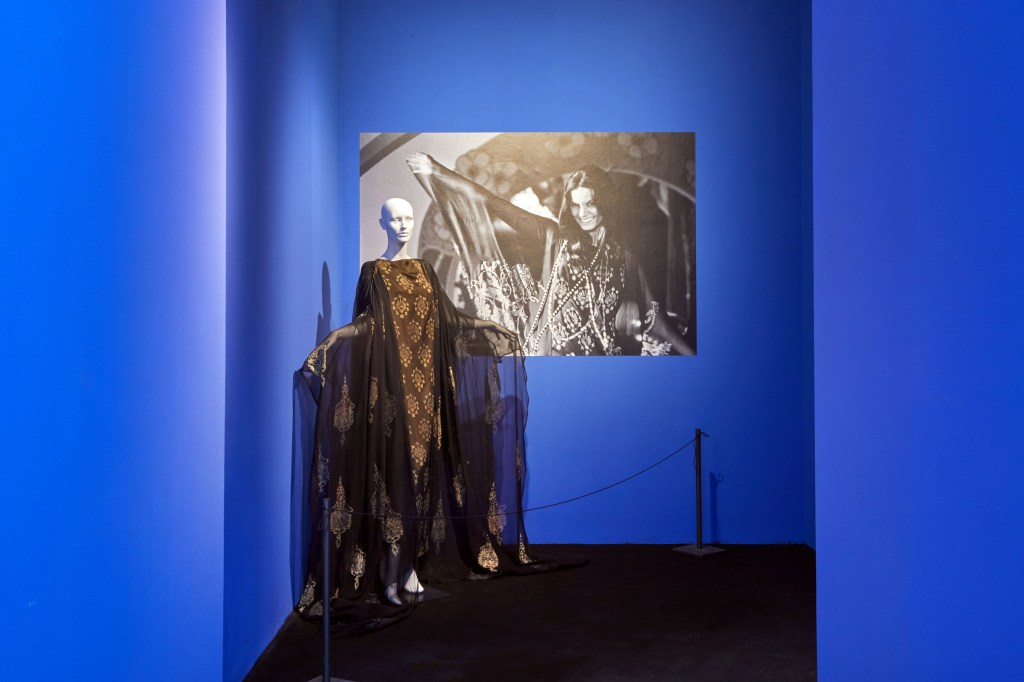 Promoted by the Roman municipality, the exhibition was organized by Zètema Progetto Cultura with the technical contribution of department store Rinascente. The latter will also house a display of images promoting the exhibit at its Via del Tritone unit.